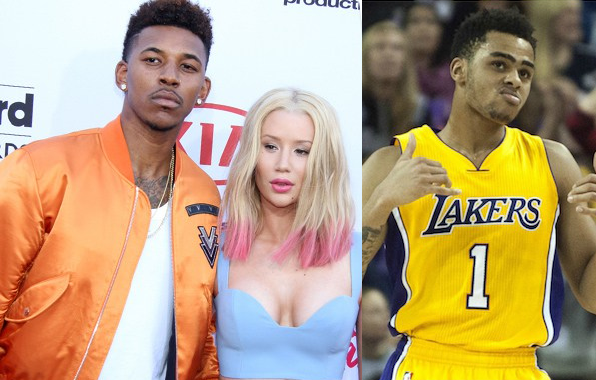 Nick Young and Iggy.
Iggy Azalea took to Twitter, to thank NFL star, D'Angelo Russell for recording a video which shows her fiancee,Nick Young confessing to cheating on her..
This comes as Russell Angelo is now being isolated by fellow Lakers team mates after the leaked video surfaced..

In the video it is evident Young unaware he is being recorded by Russell as he reveals his infidelity to fiancée Iggy Azalea..Young said that he cheated on Iggy with  a 19 year old lady he met in a nightclub.
In the video, Russell asks Young at one point,

"No, she knows my girl," Young is recorded as saying.

Later in the conversation, while apparently still recording, Russell is heard telling Young,

"I'm glad you told my video all that."

"Huh?" Young says, turning his face toward Russell before the video cuts off.


Currently it is unclear how the video became public, who leaked it, or why Russell was recording in the first place.