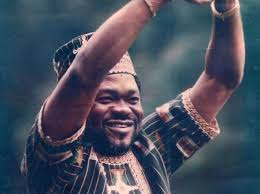 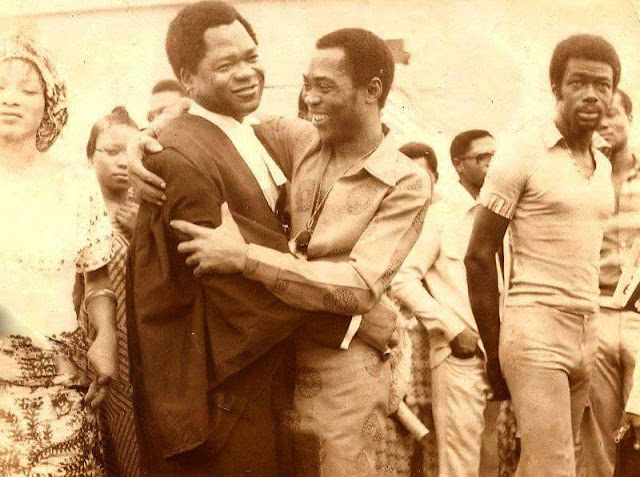 Tunji Braithwaite dead.
Braithwaite was called to the Bar in London in 1958. He gained fame for being Lawyer to the legendary Afro-beat pioneer Fela Kuti. In February 1977, Professor Olikoye Ransome-Kuti instructed Tunji Braithwaite to represent the family and get Beko and Fela out of detention as well as take legal steps to redress the barbaric acts of the Obasanjo-led military junta. He fought the case through the High Court to the Supreme Court, leading a
few other courageous and well-known lawyers.

These were Mr. Alao Aka-Bashorun, Dr. Olu Onogoruwa, Oba Ayodele Kale, Mr. Tunde Sanu and Mr. Femi Delumo. This case was significant in entrenching the fundamental rights law in Nigeria. Source.  In 1978 he founded the Nigeria Advance Party(NAP). He ran unsuccessfully for President of Nigeria in 1983.He used the famous lines that he was here to rid Nigeria of rats and cockroaches.
However Tunji and Fela later fell out,In the biography This bitch of a life,Fela explains the genesis of their feud... "Tunji Braithwaite,let me tell you who that man is.After the burning of my house he was the one handling the case,i was suing for 25 Million Naira man! The govt wanted to settle,they went to see him in his house.But he didnt tell me that they wanted to settle.No.Just the opposite man.He told me he wanted to go to court.So the case went to court.All of that was just to make his name popular man.Nobody knew Braithwaite in Lagos before.Nobody heard his name anywhere,But when he started my case he was on the front page big.."Braithwaite in court with Fela" You want me to show you the press coverage of my case,man?if u stacked the papers in a pile ,they'd be so fucking high! i swear! they were carrying news on me for a year and a half everyday! So Braithwaite too was in the news...Thats how everybody came to know him,see? "

Braithwaite died of an undisclosed ailment at the St Nicholas Hospital in Lagos March 28th. He is survived by his wife, Grace, 5 children and many grandchildren.
Tags Nigeria People
Previous Post Next Post