byNaija Blog Queen Olofofo -June 23, 2016
0
AMCON seize Silverbird Companies.This morning, Thursday, June 23, 2016, the Asset Management Corporation of Nigeria(AMCON) has taken over the Silverbird Galleria, Victoria Island, Lagos as well as other assets of three companies belonging to politician and entertainment investor,Senator Ben Murray-Bruce and his brothers, Guy Murray-Bruce, Michael Murray-Bruce, and Roy Murray-Bruce.
Reacting to the AMCON seizure news,the founder and co-owner of Silverbird Group, Ben Murray-Bruce on his Twitter handle, said ‘‘ today’s development was not necessarily
unusual for a company that had been in existence for over three decades. “In 36 years, Silverbird has grown and like anybody, it will face challenges. Tough times don’t last. But we, as tough people, outlast them.” Sen. Bruce, said he was in transit on an international flight when officials of Nigeria’s assets management authorities took possession of Silver Group’s properties in Lagos, Abuja and Port-Harcourt in the early hours, added that his businesses would soon be back in operation. “I have been on an international flight and have only just landed,” Mr. Murray-Bruce said. “The situation is being resolved and things will be back to normal.”

According to reports, the assets are being seized following the failure of Murray-Bruce and his brothers to settle an N11 billion loan owed Union Bank and acquired by AMCON. His son, Jonathan Murray-Bruce is also listed as a defendant in the default suit.
Premium Times reports that between 2005 and 2007, the Bruce brothers had used their companies to borrow various sums of money from Union Bank. After they repeatedly defaulted in paying back, AMCON purchased the loan in 2011 to save the bank from collapsing.
AMCON is now seizing the assets belonging to the three companies used in securing the loan – Silverbird Productions Limited, Silverbird Showtime Limited and Silverbird Galleria Limited.

A copy of the court ruling
The properties include those at 133, Ahmadu Bello Way, Victoria Island, Lagos, Plot No 1161 (Silverbird Galleria), the plaza at Central Area Cadastral Zone, Abuja, and the magnificent structure located at Abonnema Wharf Road and Abali Park in Port Harcourt.
Meanwhile,normal activities resumed at the Silverbird Galleria, Abuja on Thursday afternoon , hours after the premises was sealed off by the Assets Management Corporation of Nigeria (AMCON). But the Silverbird workers were locked out as the company’s building remained under lock and keys. The Assets Management Corporation of Nigeria (AMCON) had earlier in the day, announced a takeover of three of SilverBird Group businesses: Silverbird Galleria Limited, Silverbird Promotions Limited, and Silverbird Showtime Limited. All the companies are co-owned by Mr. Murray-Bruce and his brothers, Guy Murray-Bruce, Michael Murray-Bruce, as well as his son, Jonathan Murray-Bruce. The latest move by AMCON came two months after the agency, established in 2010 to manage delinquent loans of big firms and individuals, appointed Muiz Banire as the Receiver/Manager of the companies, following an alleged failure to meet up loan obligations with Union Bank of Nigeria.

See reactions from Nigerians below of news of the seizure of Silverbird group of companies by AMCON.

T. Rankïn' @AfroVII
Ben Bruce comes here preaching common sense but man can't even pay his bills nor does he care to. Another bloody clown on the scene. Kmt.

JJ. Omojuwa
✔@Omojuwa
This is sad. I hope Rhythm FM returns. I don't care about Ben Bruce but I have loved Rhythm since my KC days.

Cinderella Man
✔@Osi_Suave
I hope Ben Bruce rises above this. I hope they find a way to sort out the debts.

ZahrahMusa @Zahrahmusa
Bayelsa people, this is how u should have asked Ben Bruce b4 the elections 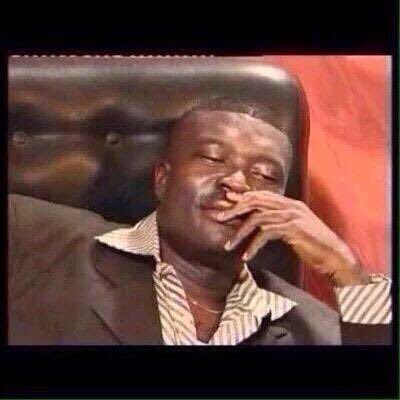 Dave @daveelcris
Mock Ben Bruce who helps in reducing unemployment in the country, but defend politicians you don't receive a dime from. Height of stupidity.

Elnathan @elnathan_john
Dear AMCON
Now that you have taken over Ben Bruce s cinema, can we talk about how that popcorn is too expensive? Do it for us. 200naira

#BringBackOurGirls @iam_olutayo
I'm surprised to twitter oversabi people are politicizing the SilverBird take over by AMCON... You all need help, even Ben Bruce can't talk

Sam Efe @BluntWithTruth
I didnt have to wait long for educated morons in Nigeria to come out in defence of their demagogue Sen Ben Bruce with "it's a witch-hunt".

Igbo Angel @SlimDandyMUFC
Ben Bruce can't pay his debts but he will spend all his time on Twitter talking about common sense.

Joe Gever @thee_pyro
From what I understand its the silverbird enterprise that is in debt not Ben Bruce Murray the individual... Am I wrong??

AMCON takes over Senator Ben Bruce’s Silverbird over 11 billion Naira unpaid loan. Anything happens in Naija even “Common Sense” is owing.
— I Am Enyene!!! (@ThaVincent) June 23, 2016

#BringBackOurGirls @iam_olutayo
Ben Bruce will come on twitter talking about jobs and common sense, What would have happened to staffs of Union Bank with the huge debt?

#BringBackOurGirls @iam_olutayo
Don't pity Ben Bruce & Silver bird, Union Bank would have been a defunct bank had AMCON not bought the bad loans of the entertainment ourfit

Hon. A. A. Maruf @AMAdewole
Ben Bruce of Silverbird donates wardrobe allowance to Osun people while in debt.

What's the #Commonsense in that?

B @Nesoi___
Lol, they have gone after Ben Bruce. When they saw that they couldn't nab him on corruption charges, they looked for another way. Lol

El Señor - Essai @MMBM_LOAG
Can we blame the AMCON take over of Ben Bruce companies on Buhari now???

A L P H A W O L F @itzteehay_FAMS
This AMCON vs Ben Bruce Story. It's Sad To See A Man's Sweat/Hardwork Gets Ripped Off of Him 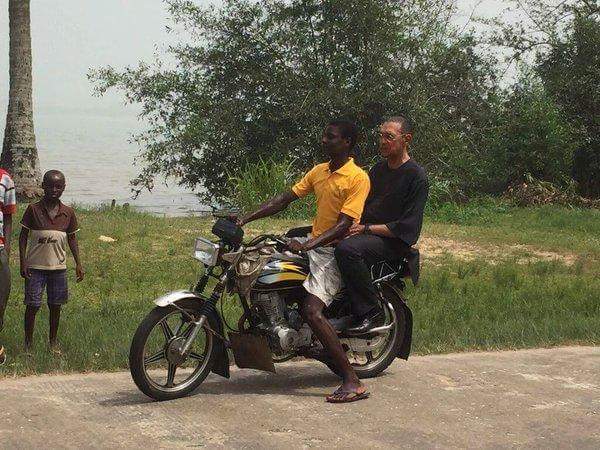