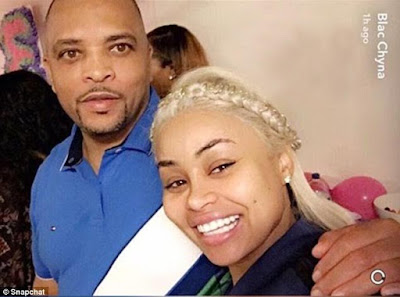 Blac Chyna father sounds proud his daughter is marrying a Kardashian,never mind all her other traits of practically being a ..well,i'll leave that for you to fill in.Blac Chyna's dad is speaking out for the first time about his daughter and Rob Kardashian's relationship and impending wedding. According to the Daily Mail, Eric Holland gave the reality star his
blessing to take his daughter's hand in marriage.

Talking about his daughter and her soon-to-be husband, the 49-year-old from Maryland said he's not at all surprised by Chyna's rise to fame as she has always been ambitious since she was a young girl.
I guess what Daddy Chyna is saying is, it does not matter how you get there,its the end product that counts right? 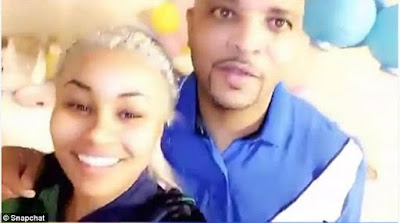 "Oh yeah, I'm happy of course — she knows that," he told Daily Mail about Chyna's engagement and pregnancy. "As soon as I found out, I was all happy for her — they're having a baby and everything — she's got my blessings."

And Rob need not to worry because Eric doesn't seem to have a problem with him at all:

"I met Rob. He seems like a nice man," he said. "He was nice with me and everything so I'm happy for her."

On what he admires most about his daughter, Eric mentioned her dedication to her family, despite her fame:

"She was at my little daughter Summer's birthday party two weeks ago and she took some pictures with everything," he said. "It was really nice she made the effort for her sister... She's still in touch with all her family. She's never forgotten her roots."
Tags celebrity People relationships
Previous Post Next Post