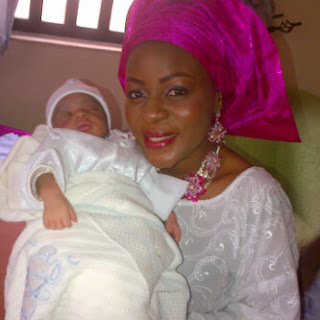 Nollywood Yoruba actress Liz Da Silva has been caught up in a DNA scandal with her baby father Alhaji Yemi Olaoye. The man who is not her husband as they never got married, has ordered her to do a DNA test to ascertain the paternity of her baby boy according to reports..Liz Da Silva son baby father Yemi Olaoye who had been cheating on his wife with the Nollywood actress dumped her after his legal wife Zainab Olaoye delivered a baby boy in
America.Insiders alleged that Yemi dumped Liz Da Silva and his 3-year-old son Abdulroheem Olasunkanmi when he found out that the actress has been cheating on him with NURTW boss, MC Oluomo.On getting back with his wife,Olaoye is said to have cut off all financial support to the actress and her son and even refused to pay for her house rent when he went back into the forgiving arms of his wife.The source said Da Silva abandoned Christianity few years ago and converted to Islam in order to please Yemi Olaoye who is said to be into oil and gas business.
At the time,Liz was said to have converted from Christianity to Islam after her childbirth and did her Islamic name change (Wonka Ceremony) after which she changed her name to Aishat Olaoye. The actress said she preferred to be called Aishat instead of her

former Christian name. “In case you want to know I have a good relationship with my baby’s father and that is why I had to convert to Muslim and got a new name Aishat before they baby was named. I am a Christian, but I had to convert to Islam because of my baby,”
At a point when he abandoned the actress, she confessed to him that the boy is not his son and asked for forgiveness.Yemi Olaoye in turn requested for DNA test, a request the actress didn’t honour. As it stands, Liz Da Silva has found herself back into the arms of MC Oluomo who recently found her a decent apartment in Lagos.An insider said Liz has declined to carry out the DNA test till this moment despite the pressure from Yemi Olaoye.
If you know the genesis of Liz Da Silva's pregnancy as of the time she was expecting,it was heavily rumoured that her pregnancy was that of Mc Oluomo.
Personally,having seen the picture of the boy,i think he looks alot like the Alhaji Yemi Olaoye,but i guess only Liz truly knows who her baby father is. 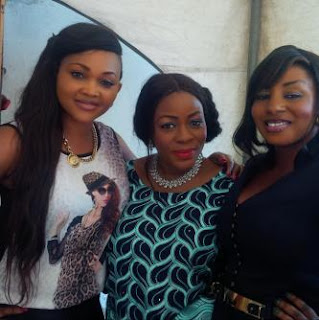 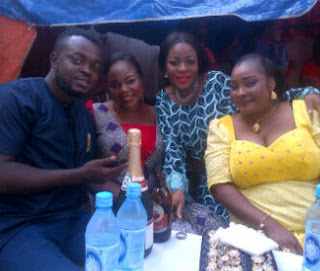 Liz Da Silva naming ceremony had been a big affair with her Nollywood friends coming out to support her.Among those who showed her support on the day with their presence were Mercy Aigbe,Mide Martins,Yomi Gold,Taiwo Aromokun and Ronke Odusanya to mention a few. 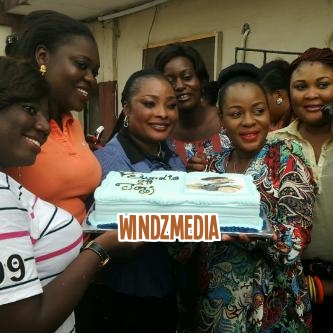 Prior to that a Liz Da Silva baby shower surprise had taken place courtessy of her friends.All this was going on with her having to deal with the constant gossips about who the father of her baby was.She has survived all this and now this new development, i'm afraid has brought it all back and she has to face the gossips all over again.