Michy Batshuayi Chelsea,all you need to know and Statistics of Belgian.

Michy Batshuayi Chelsea,all you need to know and Statistics of Belgian.

Michy Batshuayi Chelsea.The Stamford Bridge faithfuls are looking forward to a new star as reports say Michy Batshuayi is edging closer to a move to Chelsea after passing a medical in Bordeaux, according to Sky sources on the Chelsea transfer news.
Batshuayi, who is currently away on international duty with Belgium at Euro 2016, has been
linked with a host of Europe's top clubs after scoring 17 goals for Marseille in Ligue 1 last season.
The 22-year-old was given special dispensation to leave the Belgium camp by head coach Marc Wilmots and was met by Chelsea's team doctor in Bordeaux ahead of a £33m move to Stamford Bridge.
He passed his medical on Wednesday afternoon and the player's camp is confident a deal will be wrapped up by the weekend.
Since January, when Batshuayi signed a new contract which committed his future to the French club until 2020, speculation has swirled around the man signed from Standard Liège in August 2014 for around £4.5m. After a nomadic youth career during which he was rejected by Anderlecht before returning to the now-defunct RWDM Brussels, he remembered in an interview this year how learning the game in Molenbeek – the tough suburb of Brussels now known as the base for the Islamist extremists responsible for the Paris attacks last year – has helped to shape his career. 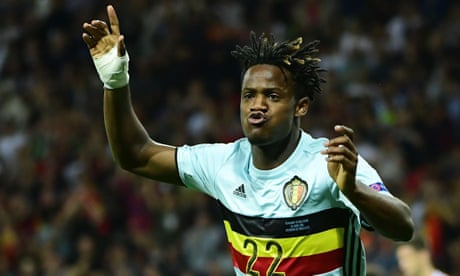 
Read more
“There was no referee, nothing, so it often ended in a fight,” he said. “Sometimes you were threatened, if you were the goalkeeper and you let in a goal or if you missed a chance. You would get a slap!”

Batshuayi eventually made his debut as an 18-year-old for Standard in 2011 and scored 21 league goals to help them to become Belgian champions in 2014, also being named as the Soulier d’ébène (Ebony Shoe) – the award given to the best African or African origin player in the Pro League. The move to Marseille was not an instant success as he spent the first season as understudy to André-Pierre Gignac but nine goals in just six starts under coach Marcelo Bielsa showed the potential clearly was there.
Some of that has since been realised with a return of 17 goals in Ligue 1 last season despite Marseille’s desperately disappointing 13th-placed finish that prompted Margarita Louis-Dreyfus, the chair, to put the club up for sale in April. The club are also under pressure to balance their books and deliver on the budget that they had presented to the league’s financial watchdog the Direction Nationale du Contrôle de Gestion (DNCG) by the end of next week, meaning West Ham and Crystal Palace’s willingness to pay up to €38m (£31.6m) to sign him came at a crucial time. No wonder Marseille’s president, Vincent Labrune, breathed a large sigh of relief.
The stumbling block was always going to be persuading Batshuayi to sign for clubs not usually recognised as among Europe’s elite, with his entourage hopeful that long-term interest from Atlético Madrid, Juventus and even Barcelona would eventually result in concrete offers.
Tottenham were also admirers, with the manager, Mauricio Pochettino, having described him last month as “a young player who has a lot of talent”. Indeed, some reports on Tuesday stated that Spurs were still confident of signing Batshuayi until news of Chelsea’s offer filtered through.
At around €3m more than the price they paid Marseille for Didier Drogba in 2004, it remains to be seen whether he offers value for money. While West Ham’s signing of Dimitri Payet last summer for £10.7m showed there were bargains to be found in the French market, the onset of the Premier League’s new television deal has resulted in the cost of Ligue 1 players skyrocketing, with suitors for Lille’s exciting Morocco forward Sofiane Boufal including Chelsea, Arsenal and Southampton beginning negotiations this week knowing they will have to shell out around €25m to sign a player with only 18 months’ top-flight experience under his belt. 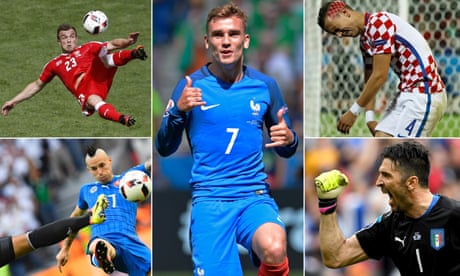 
Read more
Comparisons between Drogba and Batshuayi are, of course, inevitable. But while the Ivorian was already 26 by the time he moved to London, the Belgian still has plenty of time on his side to develop what some critics believe is a less-than-reliable record in front of goal despite 33 goals in 78 appearances for Marseille. 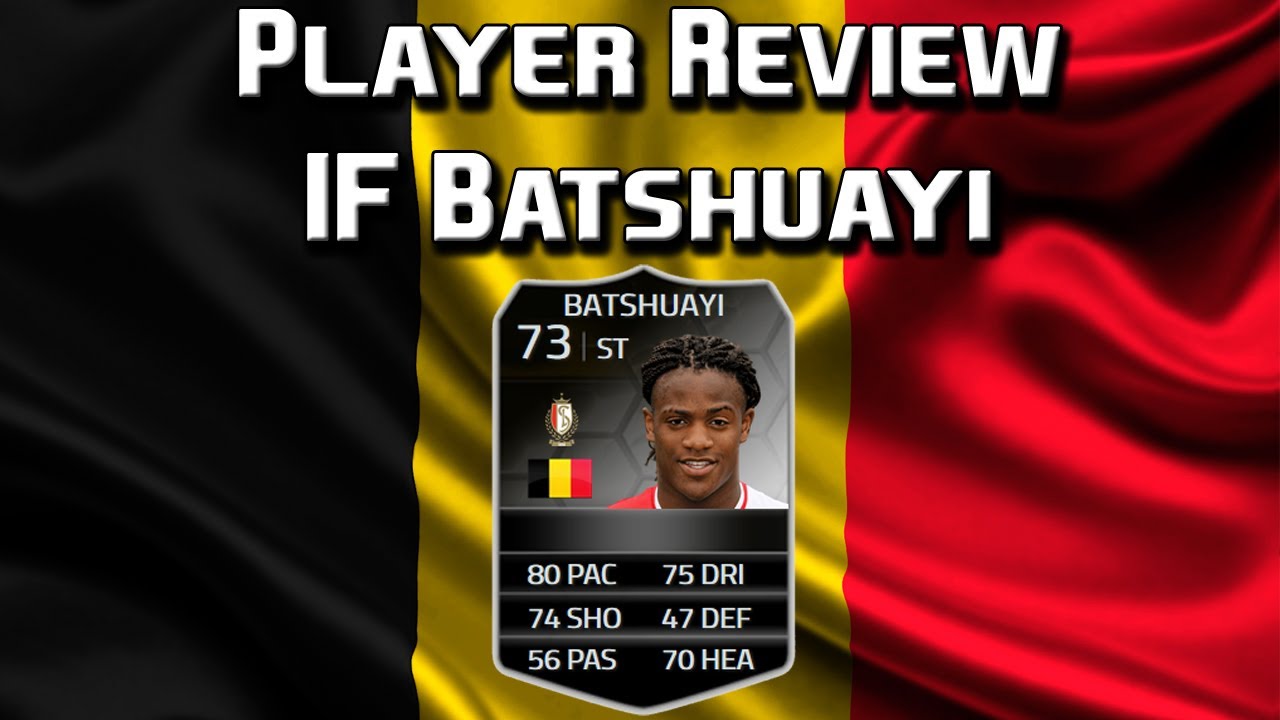 Standing at a shade under 6ft tall, Batshuayi is also not quite the physical specimen of Drogba or Everton’s Lukaku – his main rival for a starting spot with Belgium – but does possess lightning pace and excellent technical ability with both feet. Antonio Conte, the new Chelsea coach, is expected to operate with the 3-5-2 system deployed with such success at Euro 2016 when he finally arrives at Stamford Bridge and would therefore require a partner for his first major signing, although Batshuayi has played most of his career as a solo striker.
Whether that is Spain’s Álvaro Morata, now waiting to discover whether he is surplus to requirements at Real Madrid, or someone else will become clear soon enough. But, in an era where old-school No9s have become a dying breed, for now Chelsea must feel confident that they have stolen a march on their rivals with the signing of one of Europe’s most promising striking talents.