Venita Akpofure is a name every music fan in Nigeria probably knows.If you are not familiars with the name,you definitely will be with the face.She has appeared in some of the ebst musical videos in Nigeria.
Venita Akpofure biography.Venita is a model, presenter and actress who hails from Delta State, Nigeria. She graduated from University of Hertfordshire where she studied a BA (hons) Fashion and Marketing. She also has a diploma for Accounting & finance obtained
from Kingston University. 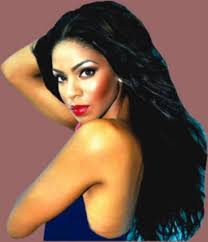 Venita Akpofure video vixen.She has appeared in numerous music videos and is also active in hosting and presenting, including reporting a fly on the wall show for Jump Off Tv and designer launches/events at Clapham grande. Veezee has had her international debut in THE SOURCE Magazine (Renowned US Hip Hop Magazine) alongside 3 other Stunners.Some of the various music videos the popular video vixen has appeared in are...Skales-Mukulu,2Face Idibia -Ihe Neme,Ice Prince -Magician Remix,Hakeem the Dream-Scoobi Doo ft Eldee,Naeto C-Finish Work,P Square-Alingo and Timaya-Shake ur Bum Bum.
So you can see Venita is definitely one video Vixen who held her own in the industry.But theres more to her.
Venita Akpofure husband.As expected,a smart guy realized what a treasure Venita is and snapped her up! But the feeling is mutual.She equally thinks her hubby is a catch as well.Last year September in an interview the former video vixen gushed about her hubby "Of course yes! I am in love. I am very much in love with my man. A very cute man for that matter. He is my honeypie. He is also in Nigeria but very similar to me; he has background from some other countries. He has same morale and aspiration like I do. I love him so much, that is the much I can say.
Her husband's name is Terna Terka.

Venita Akpofure baby.The actress/video vixen is a new mum who gave birth to a baby girl in April 9 2015.The AY's Crib actress unveiled the picture of her baby girl on Instagram calling her new born baby 'most treasured'.