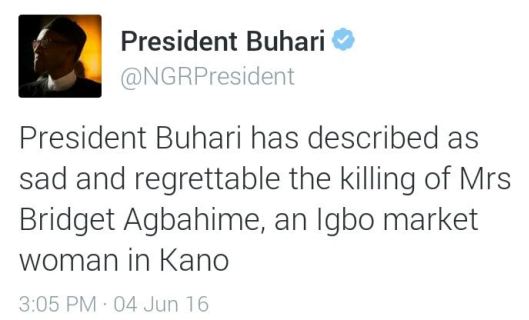 The President of Nigeria,Mohammadu Buhari has criticized the killing of an Igbo woman over blasphemy in Kano state Nigeria.
According to the President of Nigeria,  Justice would be done.
The killing of the woman has once again highlighted the problems and religious conflicts in Nigeria,especially between muslims and christians.The woman was rumoured to have been beheaded in Kano over blasphemy of the muslim faith,but the husband speaking
to the media over the weekend said she was not beheaded but in fact beaten up,she was then taken to the hospital and eventually died there.
See more tweets from his official twitter handle after the cut... 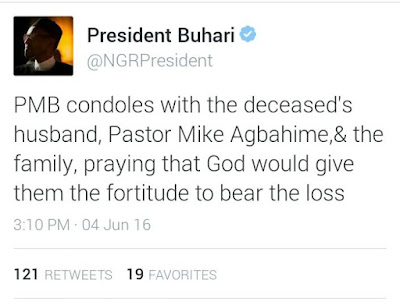 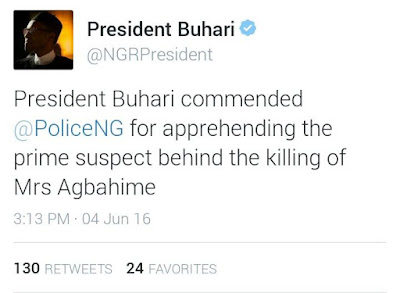 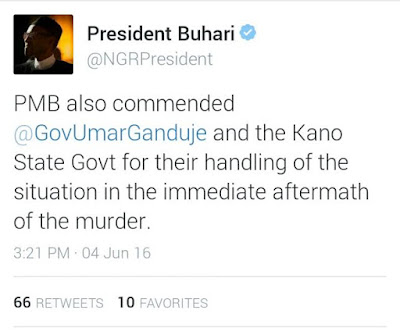 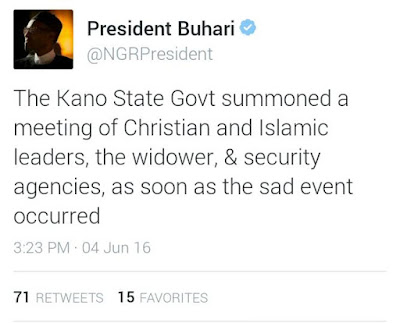 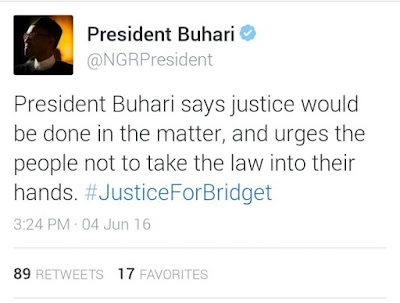 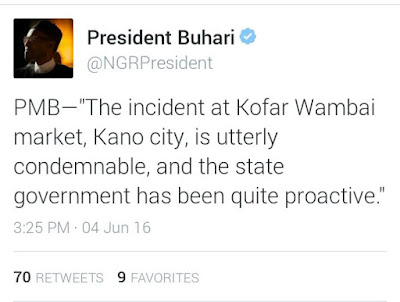 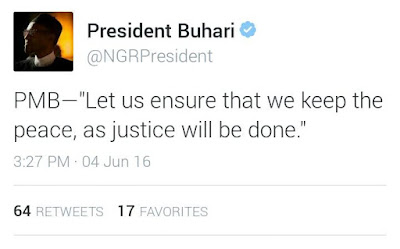 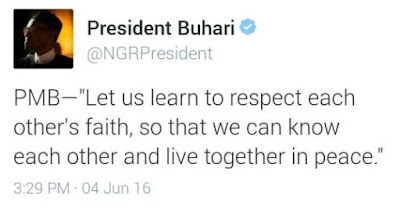