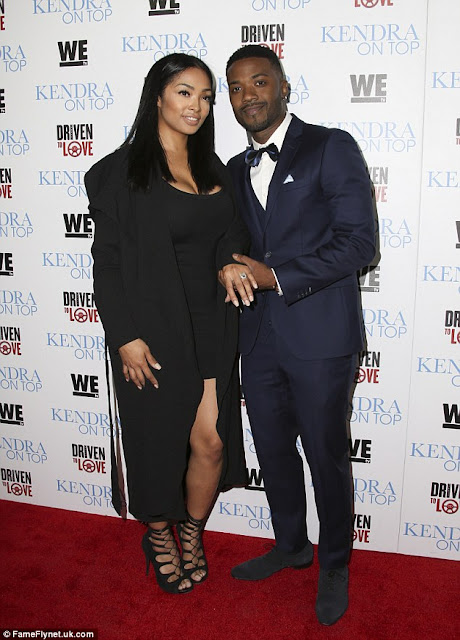 Ray J in Kanye West Famous Video.I rerally had to laugh when i read this.Ray J has criticised Kanye West for including his naked wax in famous video saying, his fiancé is not happy.Speaking to Entertainment Tonight at the BET awards last weekend Ray J said:


'Man, I'm just trying to stay positive.'I'm engaged. My marriage is all messed up 'cause of craziness. I'm not part of nothing crazy. I walk down a good path.'My fiancée tripping. It's all bad in my world, and that ain't cool. Don't put me part of
nothing that's weird, that don't make no sense.'


How can Ray J who took part in a s.ex home video with Kim Kardashian that was then put on sale and still makes money from it 7 years on complain on being in something weird(Kanye West famous video)? You are loving it Ray J,admit it.You even did songs,videos and rapped about the so called weird situation constantly.And now you think it's all weird? Plssssssssssssssssssssss.

Ray J, who appears next to Kardashian-West in the video, dated her in 2007 and a s.ex tape of the couple leaked online. When contacted by Buzzfeed, a representative for Ray J said they are “considering all options in regard to this video”.
At the BET awards on Sunday, Ray J appeared less than impressed, saying his fiancee was equally unhappy about him being portrayed in the video.
Tags celebrity Entertainment kanye west famous
Previous Post Next Post