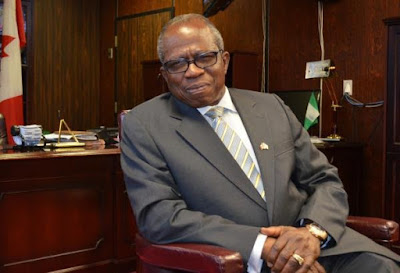 Ojo Maduekwe dead.Former Vice President Atiku Abubakar, Oby Ezekwesili, Senator Ben Murray-Bruce, Senator Shehu Sani, have joined other Nigerians to mourn the death of former Minister of Transport and one time Minister of Foreign Affairs, Chief Ojo Maduekwe, who died yesterday June 29th. The former Minister was returning from Dubai where he had gone for one of his sons graduation when he slumped at the Nnamdi Azikiwe International Airport in Abuja. He was rushed to the hospital where he was certified dead.

The former Minister of Foreign Affairs and a stalwart of the opposition Peoples Democratic Patty, PDP, Maduekwe died at about 7pm on Wednesday at a hospital in Abuja.A close associate of the former minister said Mr. Maduekwe was returning to Nigeria from the U.S. via Dubai when he fell ill.“He fell ill while on air from Dubai and he was rushed to the hospital as soon as the plane landed in Abuja, but he died before doctors could do much,” he said.The associate could not provide further details as he broke down while speaking on the phone.Mr. Maduekwe was recently appointed the secretary of the PDP Board of Trustees. 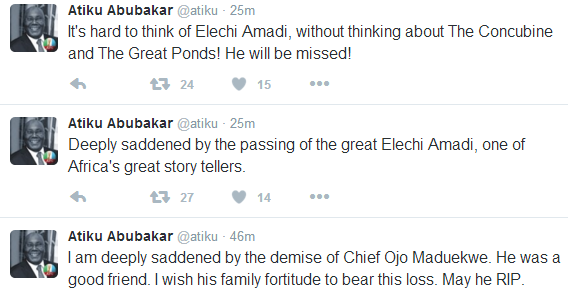 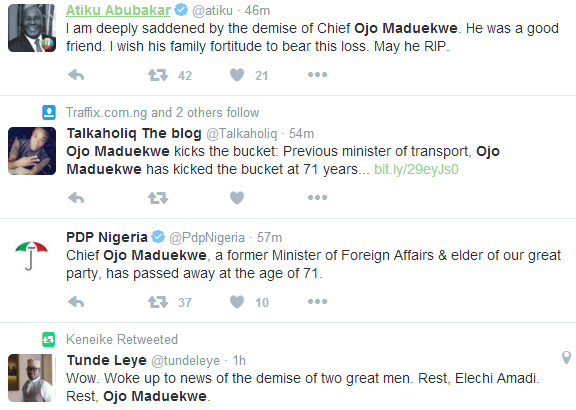