Donald Trump blasts Hilary Clinton over FBI cover up on Email account use.

Donald Trump blasts Hilary Clinton over FBI cover up on Email account use. 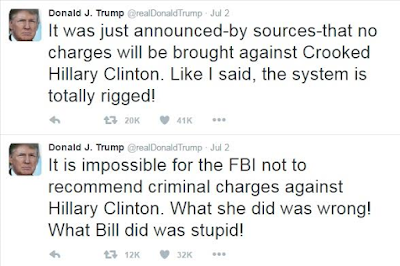 Trump, on Twitter, said there's no innocent explanation for the airport tarmac meeting between Bill Clinton and Lynch and that only a fool will believe that the meeting wasn't
planned as even FBI agents asked that no pictures be taken.


Bill Clinton met with Lynch aboard Hillary's airplane on Monday while both were on the tarmac at Phoenix Sky Harbor International Airport barely a day after Hillary's meeting with the FBI to answer questions on the use of a private email server while she was Secretary of State.

It's well documented that Clinton used her private server and email to send and receive official documentation, something that Republicans have made a point to use as a political weapon in their attempt to prevent Clinton from being victorious in this November's general election.

After news leaked that Clinton would not be charged by the FBI, Donald Trump reacted claiming that 'the system' is rigged. 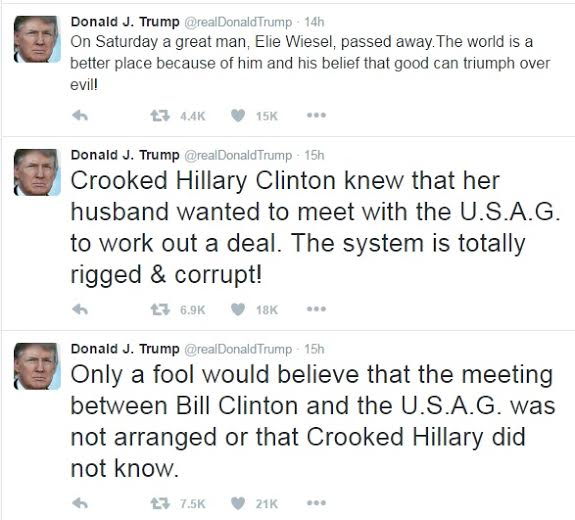