The Jennifer Aniston Huffington post article has seen the actress come out fighting against what she deems the constant harassment of the press towards her.All the Jennifer Aniston pregnant stories and constant speculation about her size,shape as well as the lengths the press will go through to get info on her life  i guess became too much for the Hollywood actress.
Lets see the full Jennifer Op-Ed letter in the Huffington post...

Let me start by saying that addressing gossip is something I have never done.  I don’t like to give energy to the business of lies, but I wanted to participate in a larger conversation that
has already begun and needs to continue. Since I’m not on social media, I decided to put my thoughts here in writing.

For the record, I am not pregnant. What I am is fed up. I’m fed up with the sport-like scrutiny and body shaming that occurs daily under the guise of “journalism,” the “First Amendment” and “celebrity news.”

Every day my husband and I are harassed by dozens of aggressive photographers staked outside our home who will go to shocking lengths to obtain any kind of photo, even if it means endangering us or the unlucky pedestrians who happen to be nearby. But setting aside the public safety aspect, I want to focus on the bigger picture of what this insane tabloid ritual represents to all of us.
If I am some kind of symbol to some people out there, then clearly I am an example of the lens through which we, as a society, view our mothers, daughters, sisters, wives, female friends and colleagues. The objectification and scrutiny we put women through is absurd and disturbing. The way I am portrayed by the media is simply a reflection of how we see and portray women in general, measured against some warped standard of beauty. Sometimes cultural standards just need a different perspective so we can see them for what they really are — a collective acceptance... a subconscious agreement.

We are in charge of our agreement. Little girls everywhere are absorbing our agreement, passive or otherwise. And it begins early. The message that girls are not pretty unless they’re incredibly thin, that they’re not worthy of our attention unless they look like a supermodel or an actress on the cover of a magazine is something we’re all willingly buying into. This conditioning is something girls then carry into womanhood. We use celebrity “news” to perpetuate this dehumanizing view of females, focused solely on one’s physical appearance, which tabloids turn into a sporting event of speculation. Is she pregnant? Is she eating too much? Has she let herself go? Is her marriage on the rocks because the camera detects some physical “imperfection”?
I used to tell myself that tabloids were like comic books, not to be taken seriously, just a soap opera for people to follow when they need a distraction. But I really can’t tell myself that anymore because the reality is the stalking and objectification I’ve experienced first-hand, going on decades now, reflects the warped way we calculate a woman’s worth.
This past month in particular has illuminated for me how much we define a woman’s value based on her marital and maternal status. The sheer amount of resources being spent right now by press trying to simply uncover whether or not I am pregnant (for the bajillionth time... but who’s counting) points to the perpetuation of this notion that women are somehow incomplete, unsuccessful, or unhappy if they’re not married with children. In this last boring news cycle about my personal life there have been mass shootings, wildfires, major decisions by the Supreme Court, an upcoming election, and any number of more newsworthy issues that “journalists” could dedicate their resources towards. 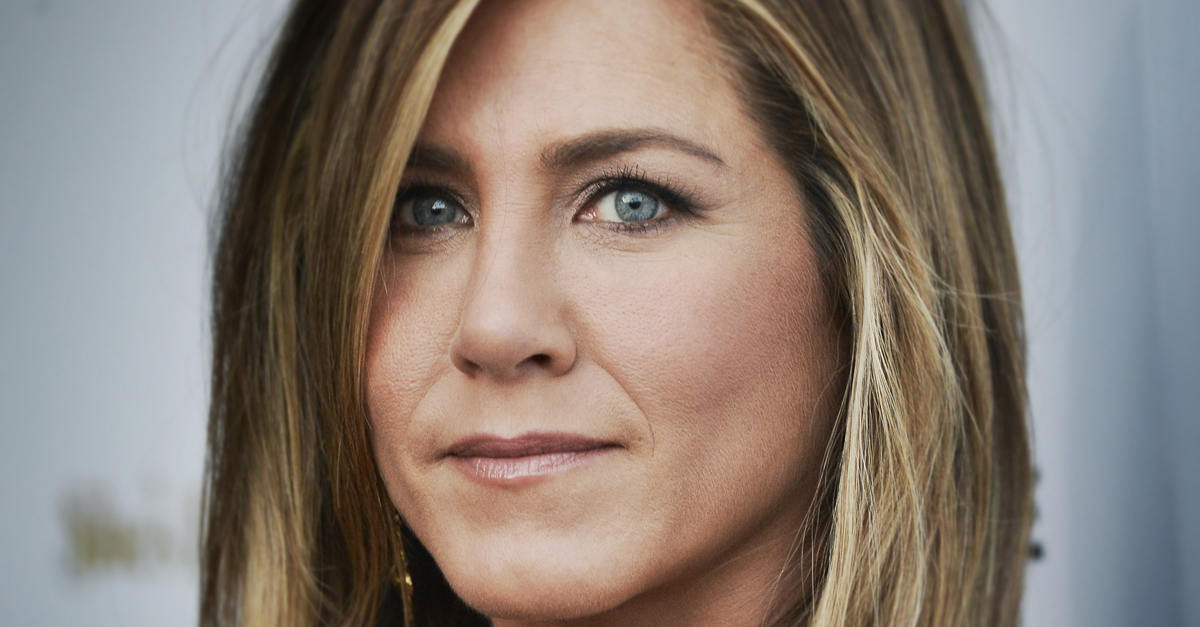 Here’s where I come out on this topic: we are complete with or without a mate, with or without a child. We get to decide for ourselves what is beautiful when it comes to our bodies. That decision is ours and ours alone. Let’s make that decision for ourselves and for the young women in this world who look to us as examples. Let’s make that decision consciously, outside of the tabloid noise. We don’t need to be married or mothers to be complete. We get to determine our own “happily ever after” for ourselves.
I have grown tired of being part of this narrative. Yes, I may become a mother some day, and since I’m laying it all out there, if I ever do, I will be the first to let you know. But I’m not in pursuit of motherhood because I feel incomplete in some way, as our celebrity news culture would lead us all to believe. I resent being made to feel “less than” because my body is changing and/or I had a burger for lunch and was photographed from a weird angle and therefore deemed one of two things: “pregnant” or “fat.” Not to mention the painful awkwardness that comes with being congratulated by friends, coworkers and strangers alike on one’s fictional pregnancy (often a dozen times in a single day).

From years of experience, I’ve learned tabloid practices, however dangerous, will not change, at least not any time soon. What can change is our awareness and reaction to the toxic messages buried within these seemingly harmless stories served up as truth and shaping our ideas of who we are. We get to decide how much we buy into what’s being served up, and maybe some day the tabloids will be forced to see the world through a different, more humanized lens because consumers have just stopped buying the bullshit.
Letter courtesy of Huffington post.
But it would have bee to boring if it all had ended with the Jennifer Aniston Huffington post,there had to be a sequel,afterall she is an actress right.And who were the stars of the part 2?Piers Morgan and Chrissy Teigen.We all know Piers has an opinion or two,and they are not always sensible ones,although i did think this time he was not far off.
So heres what happened,Piers wrote an article in the Daily Mail,blaming Jennifer Aniston and the many celebrities who have their appearances altered to give the perfect look,and Chrissy who obviously is guilty of this fact as well,was having none of it.
In his piece, Morgan, 51, argued that Aniston, 47, shouldn’t be writing about the “absurd and disturbing” objectification of women since she poses for photos that are digitally airbrushed for magazines.
“There’s another reason why the media objectify and scrutinize famous women, and why little girls get confused about beauty and body image,” the British TV personality wrote on Wednesday. “It’s this: female stars like Jennifer Aniston deliberately perpetuate the myth of ‘perfection’ by posing for endless magazine covers which have been airbrushed so much that in some cases the celebrity is virtually unrecognizable.”
Chrissy Teigen then replied Piers in a series of back and forth tweets...
“@piersmorgan saw your piece on Jennifer Aniston. Why do you ALWAYS take the road of being the piece of s--t a--hole?” the outspoken model wrote. “particularly with women and people of color. tell me it's just for clicks?? Please tell me you aren't TRULY this vile.”
Morgan responded by writing, “No, my little bundle of hypocrisy, YOU'RE using ME for clickbait. Now hush before your sanctimonious spleen bursts.”
Not one to step away from a heated Twitter exchange, Teigen immediately fired back: “@piersmorgan you're right. It's ME who writes weekly columns demeaning and criticizing women and black people. All me. Goodbye, King troll.”
As Teigen’s Twitter tirade raged on, Morgan made an attempt to recover from the Cravings author’s cutting remarks by professing his love for her husband, John Legend: “Says the world's biggest, lamest 'celebrity' troll. Your husband's a genius so I forgive your childish impudence.”
The Sports Illustrated Swimsuit stunner was quick to let Morgan know that Legend, 37, isn’t a fan of him: “@piersmorgan my husband thinks you are one of the most misogynistic, condescending morons on the planet but thank you.”
More insults ensued. Morgan suggested that Legend has “problems” since he agreed to marry Teigen, and the Lip Sync Battle cohost told the former America’s Got Talent judge that his comments are only “proving [her] point” further.

Then Morgan threatened to write his next piece about Teigen. “Might have to do my next @DailyMail column on @chrissyteigen,” he teased. “just to REALLY annoy her.”

So there you are,the fun with the Jennifer Aniston Op-Ed.