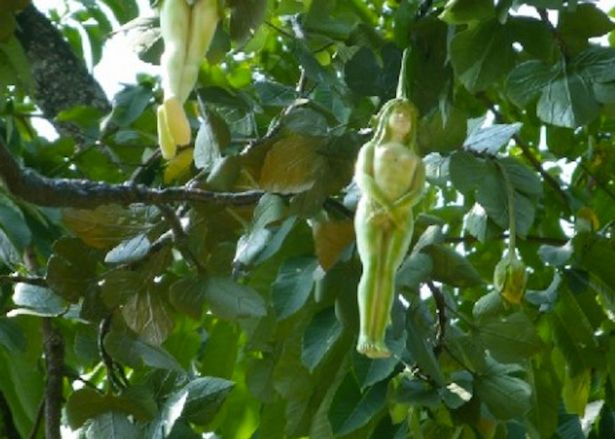 Nariphon tree.Who comes up with all these ridiculous stories?A sacred tree in Thailand which bears fruit in the shape of young women appears to have been captured on camera.Footage of the suggestively shaped green fruits has divided social media, leaving some shocked but others less convinced.Some have suggested the clip depicts a Nariphon, a holy
Buddhist tree which grows the fruit of young female creatures. 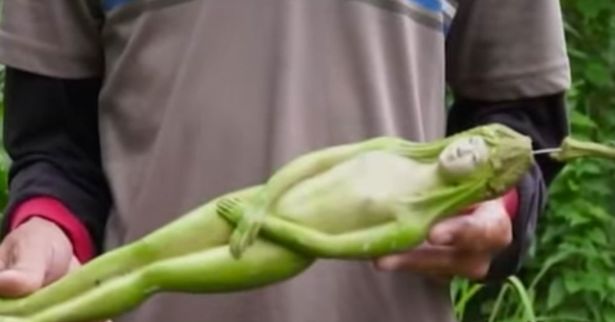 According to reports, in Buddhist mythology , a tree known as the Nariphon bears the fruit of young female creatures and is said to grow in the mythical forest called Himaphan.
The story goes that Buddhist God Indra built a home in the forest for his wife Vessantara and his two children.
But when Vessantara went out into the forest to collect food, she was in danger of being attacked by terrifying male creatures.
Indra then created 12 special Nariphon trees which would bear fruit in his wife's image to distract the creatures while she picked her own food.

The men would take these fruits back to their homes and after making love to them would sleep for four months, and lose their powers.lol,i have heard of many stories,but if anyone actually believes this  Nariphon legend,well,i'm gonna keep my lips buttoned.
Tags People stories
Previous Post Next Post