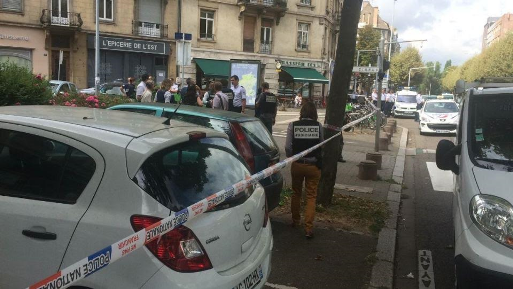 France attacks 2016.Strasbourg, a city in France has witnessed a horrifying attack as a Muslim man allegedly shouting 'Allahu Akbar' stabbed a 62 year old Jewish Rabbi outside a brasserie (French restaurant) in the Jewish quarter in the North East of Strasbourg in broad daylight today.

Police have arrested the attacker, but according to Local sources who spoke with AP, the assailant screamed “God is great” in Arabic before launching the bloody assault.
According to AP, the victim, who was wearing “clear exterior signs of his religion” at the time of the attack, was not seriously injured. Police don't see the case as terrorism-related as the assailant has a history of psychiatric problems.
More photos... 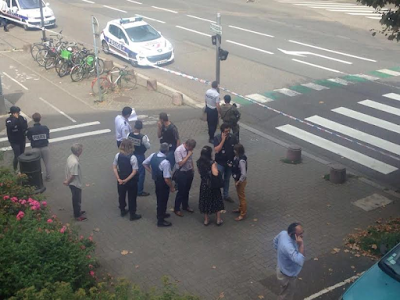 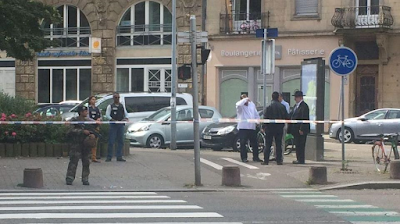 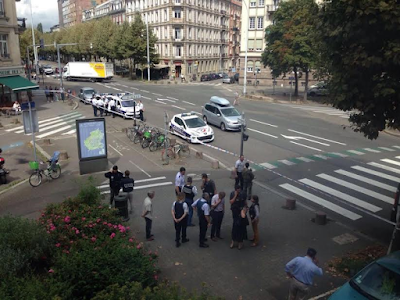