Kanye Mad at Jay Z cos of their kids,Kim K robbery and Tidal Apple Sh#t!(Video)

Kanye Mad at Jay Z cos of their kids,Kim K robbery and Tidal Apple Sh#t!(Video)

The Kanye West Jay Z rant is probably one of the most shocking events in the wacky world of Kanye. He went on a rant about Jay Z blasting his friend for not coming round the house to see Kim Kardashian after she was robbed in Paris.(He actually has a point there,but surely this could have been done privately right?)He also went on about how their kids don't play together as well as the bull sh#t that was involved in recording the sequel Watch the throne.

During a Saint Pablo tour stop at Key Arena in Seattle, Wednesday night, October
19th, Kanye made it clear that he has no intention of of recording a sequel album to Watch the Throne with Jay Z because of behind-the-scenes drama that took place when he tried to get Hov on the album version of Drake's "Poip Style"


"Let me tell y'all something," he told the crowd. "There will never be a Watch the Throne 2. You know why? Because that's the reason why I wasn't on the song. I wasn't on the song because of Hov. Because of some Tidal/Apple bulls***t. This shit get me tight every time I perform this motherf***ker," 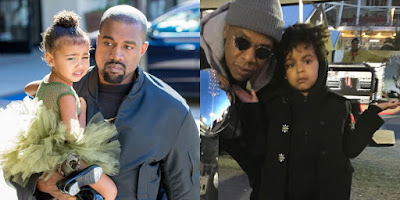 
"Jay thought of a couple line. I said 'Man, just go ahead and throw that on there. They 'll so surprised. He probably wouldn't expect you to be on there.' And Drake was like, 'Oh S**t, The Throne is on this s**t!' Then Jay thought about it and, out of respect for Meek Mill, he aint want to be on the track. And I said, 'Look, I 'll call Drake, I 'll call Meek, I 'll call y'all...We gotta let people have this song!' But then it went out of that territory and it went into some Tidal shit, some political shit, some shit about percentages on songs. I can't take this shit, bro! Our kids ain't never even played together. Run that shit."

Talking about his wife Kim Kardashian's armed robbery in Paris, Kanye explains how angry he was that Jay Z only gave him a a phone call instead of a visit."


"Don't call me after the robbery and say 'how you feelin'?' You wanna know how I'm feelin'? Come by the house. Bring the kids by the house. Like we brothers, let's sit