Mourinho tells Rooney there's no more Room and he can leave Man United.

Mourinho tells Rooney there's no more Room and he can leave Man United.

byNaija Blog Queen Olofofo -October 25, 2016
0
News coming in is that Jose Mourinho has told Wayne Rooney he can leave Manchester United.The United manager is said to have told Rooney's team that he simply cannot guarantee the once first name on the team sheet Captain of games or a starting place any more.
As it is Rooney has already been left out of the last 4 important games of United.He only started in the Europa league game.On Sunday in the important game against Chelsea,Rooney was completely left out of the squad,although an explanation for that was
that he had a slight muscle strain. 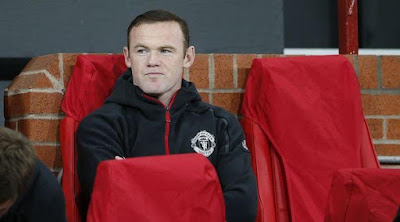 Rooney is currently injured, but Mourinho has refused to give England's all time highest goalscorer any assurances that he'll return to the starting line-up once he''s back from injury with plenty Chinese clubs willing to tempt away Rooney who earns about £300,000 per week at Man U.

According to a report by Sun Uk and Mirror UK, after 12 years, 532 games and 246 goals, the Red Devils captain's future looks more uncertain than ever after being told by Mourinho he is no longer first-choice.

Former England coach Sven Goran Eriksson who now coaches in the Chinese Super League is willing to bring the Man U striker to the Far East and tempt him with a massive £80million contract and a massive £500,000 per week deal.
Tags football Sports wayne rooney
Previous Post Next Post