Rayven Symone leaves The View for her new show Thats so Raven Spin off.

Rayven Symone leaves The View for her new show Thats so Raven Spin off. 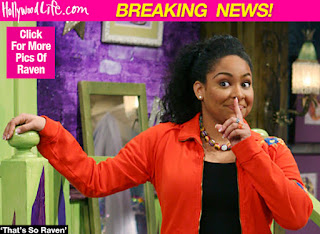 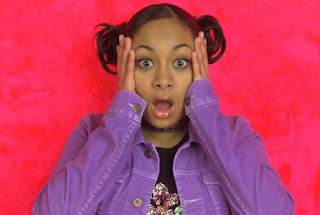 Rayen Symone new show has paved the way for her exit on ABC daytime talkshow the View by the end of the year.She is off to develop a spinoff of her comedy series Thats So Raven for Disney Channel.

Symoné will relocate from New York City to Los Angeles for the spinoff, in which she’s set to star and serve as an executive producer. She will reprise her role as the psychic Raven Baxter, who was last seen as a teenager on the show that ran on Disney Channel from 2003 to 2007.

As for “The View,” Symoné’s departure is not a surprise. She was already being phased out

this season, only appearing about once a week. But with the show having endured a revolving door of host changes in the past few years, ABC sought to find a low-key exit for the actress. It’s understood that Symone’s departure will be addressed at the start of today’s edition of “The View.”

Symone’s departure comes as “The View” has made an effort to focus more on national politics given the extraordinary course of the presidential race. Brought on in 2015 the be the show’s millennial voice, politics have never been Symoné’s forte, so she’s gotten less screen time while other contributors such as Jedediah Bila and Sunny Hostin have been more prominent.

With eight co-hosts currently rotating through “The View,” it’s unlikely Symoné will be replaced.

Insiders say ABC has been looking for ways to trim down the panel, which currently features seven other players, in addition to Symoné with Joy Behar, Candace Cameron Bure, Paula Faris, Sara Haines, Bila, Hostin and moderator Whoopi Goldberg.

In fact, on a recent episode, Goldberg even made the point that she hadn’t seen Symoné in a long time.

On the untitled “That’s So Raven” spinoff, Symoné’s Raven is now a divorced mother of two pre-teen kids, one of whom has inherited her ability to catch glimpses of the future.

“That’s So Raven” marked Disney Channel’s first multi-camera comedy, and when it premiered, was the highest-rated Disney show among Kids 6-11 and Boys 6-11. The show has proven to have legs for Disney Channel in reruns, even a decade after it ended, averaging 1.1 million total viewers in recent midnight airings.

“Raven’s brilliant style of fearless comedy was a driving force for Disney Channel’s success around the world. Her performance in ‘That’s So Raven’ is timeless. We now have our eyes on the future with her, and we’re looking forward to telling more stories for a new generation with an adult Raven Baxter raising her young family,” said Adam Bonnett, exec VP of original programming for Disney Channels Worldwide.Raven Symone new tv show the “That’s So Raven” spinoff is being developed by writing and producing partners Scott Thomas and Jed Elinoff, who most recently created Disney Channel’s “Best Friends Whenever.”.
Tags celebrity
Previous Post Next Post