An interesting look at the Missing Chibok Schoolgirls

An interesting look at the Missing Chibok Schoolgirls 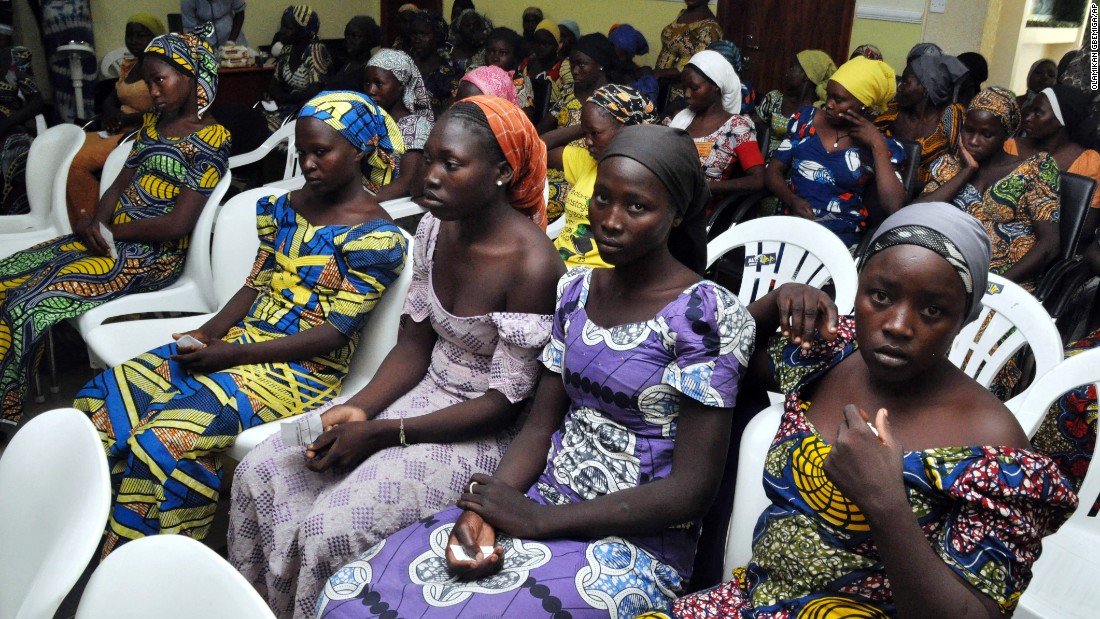 I thought i'd repost this article about the Chibok girls.It was written before the latest news of the girl's return in 2017.But it is a pretty interesting angle.Enjoy.
It’s been over two years since more than two hundred girls were kidnapped from the Government Secondary School in Chibok by the Boko Haram sect. To this day the fate of all of them remains unknown despite a video of some of them recently released by their kidnappers. There are also reports that they have been physically and mentally abused with some of them being forced to become Muslims.
Their abduction led to an international cry for their release. The #BRINGBACK OURGIRLS
campaign was launched, and is still going strong, with top celebrities, worldwide, such as Michelle Obama, Beyonce and others lending their support. To this day none of the girls have been released and the Boko Haram leader is still threatening to sell them as sex slaves or marry them off to his fighters.
Even though the plight of the Chibok girls is headlined across the world let us not forget the hundreds of other people who have been abducted by the sect over the years. Many are still missing and only a few have made it back.
Many have wondered why there hasn’t been military intervention to free the girls.
It’s a very tricky situation as any expert would point out.
Even though Western military intelligence was able to locate about eighty of the girls within weeks of their abduction they weren’t able to find them all. Any attempt by the military to try and rescue them would have resulted in heavy causalities.
If you rescue some the Boko Haram would most likely retaliate by harming, or even killing, the other girls held in other locations. Even if you have all the victims together in one location the military will still be reluctant to mount a rescue mission knowing fully well such a location would be heavily fortified and most likely be booby-trapped. The last thing you want to do is inadvertently kill the people you’re trying to rescue.
It’s every governments’, in the world, nightmare to have to deal with kidnappers – especially if they are Islamic terrorists. In recent years Britain and America have been placed in the same predicament where their citizens have been kidnapped by the Islamic Caliphate, ISIS. Despite both governments having ‘ a-no-deal-with-terrorists’ policy attempts were made to try and secure their release – including military intervention which failed. Unfortunately in all cases the victims were executed.
With the Chibok girls the tide seems to be turning.
With the Nigerian Armed forces, daily, pushing the Boko Haram lines further and further back into the Sambisa forest, weakening them, it’ll only be a matter of time before the kidnappers call for negotiations. Already scores of people kidnapped are being freed. There have been unconfirmed reports of high-level negotiations going on behind the scenes with the Boko Haram reportedly asking for large sums of money and a prisoner exchange. How far this is true it cannot be confirmed. But the recent release of a video showing some of the girls is a sign that the sect is willing to negotiate.
When these girls and other people kidnapped are finally released have we thought about how we are going to look after them? Whilst a great many of them will be traumatised, a lot of them will be suffering from ‘Stockholm Syndrome’ – a condition where they will feel empathy for their kidnappers after being with them for so long. Already some freed girls are being ostracized by their families and communities for being in the kidnappers den for so long. Unfortunately the government hasn’t got a programme or unit in place to deal with the psychological health of those returning and those staying in IDP camps.
A lot of people have given up hope that all the girls will ever be released to be reunited with their families and loved ones. Whilst we can’t discount this as a possibility, where there’s a will there’s a way. There’s video evidence to prove some of them are alive. They may be sad, lonely and traumatised after all they’ve been through but at least they are alive. Let us hope that whatever is going on behind the scenes will bring them speedily back home.
Tags latest news in Nigeria news terrorism
Previous Post Next Post