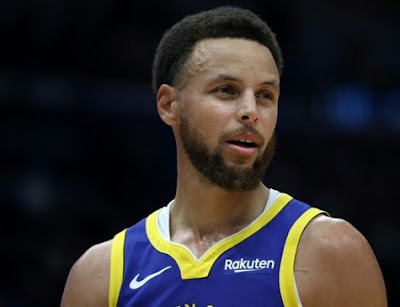 Stephen Curry contract i sthe biggest in NBA history and that is official! The NBA star of Golden State Warriors, has agreed to a five-year extension deal,  worth around $201 million, the richest contract in the league history.

'Curry is the first NBA star who will sign a supermax contract, the crossing of a $200 million threshold that eventually will become the norm for the NBA's biggest superstars.'

Golden State general manager, Bob Myers also confirmed the deal on Friday, saying that the Warriors will finalize the contract once the free-agency moratorium ends Thursday.

'An eight-year veteran, Curry has been the foundational star for the Warriors,
who recently won their second NBA championship in three years.'

Curry, who's a two-time NBA MVP, four-time All-Star, and a three-time All-NBA first-team performer was drafted to the Golden State Warriors team in 2009, a rookie contract which cost around $12.7m

The basketballer has also been congratulated by his strongest rival, LeBron James of Cleveland Cavaliers, whom he has faced in the past three Finals.
Tags basket ball celebrity nba Sports
Previous Post Next Post