Akinwunmi Adesina says i am innocent of charges

Akinwunmi Adesina says i am innocent of charges 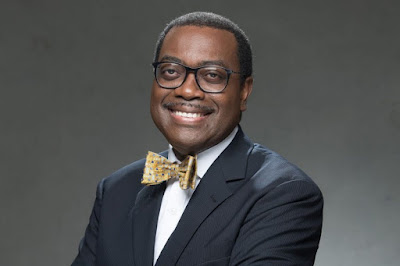 Earlier this year in January, some staff of the bank had accused 60 year old Adesina, of 20 breaches of the bank’s code of conduct.These included “unethical conduct, private gain, an impediment to efficiency, preferential treatment, and involvement in political activities”.

Interestingly,the bank's ethics committee carried out an independent investigation headed by Takuji Yano and cleared Adesina, insisting he was not guilty on all counts,but tellingly,the US Treasury which owns the largest non-African stake in the bank, disagreed with the outcome of the independent investigation of the bank and have called for a full-scale investigation.
Now bearing this in mind,i will be amazed and very surprised if it ends well for Adesina.It's either some folks are hell bent on seeing him go,or the main players have some serious proof of his wrong doings.Otherwise,why would they refuse the initial investigations that found him guilty and order for another?

In a statement released today May 27, Adesina.

“In recent weeks and over the last few days especially, I have been overwhelmed by the tremendous support received from around the world. I have absolute confidence in the integrity of the bank that I lead and its governance systems, rules and procedures”.
In spite of unprecedented attempts by some to tarnish my reputation and prejudice the bank’s governance procedures, I maintain my innocence with regard to trumped up allegations that unjustly seek to impugn my honor and integrity, as well as the reputation of the African Development Bank” his statement read

Adesina who was one time Minister for Agriculture, said he is confident that it will be proven in the end that he has not violated any of the bank's Code of Ethics.

“I draw great inspiration from my heroes, Nelson Mandela and Kofi Annan, whose lives have shown that through pain we grow. As Martin Luther King Jnr. once said, “the arc of the moral universe is long, but it bends towards justice. I am confident that fair, transparent and just processes that respect the rules, procedures and governance systems of the Bank, and the rule of law, will ultimately prove that I have not violated the Code of Ethics of this extraordinary institution,” his statement read

Adesina was born to a Nigerian farmer in Ibadan, Oyo State,Feb 6,1960.He attended a village school and the University of Ife,from where he graduated with a Bachelors in Agricultural Economics with First Class Honors in (1981) Remarkably,he was the first student to be awarded this distinction by the university. He pursued his studies at Purdue University in Indiana, briefly returning to Nigeria in 1984 to get married to his wife Grace,with which he has 2 children. He obtained his PhD (Agricultural Economics) in 1988 from Purdue where he won the Outstanding PhD Thesis for his research work.
He has a net worth of £5m
Tags banking business finance
Previous Post Next Post