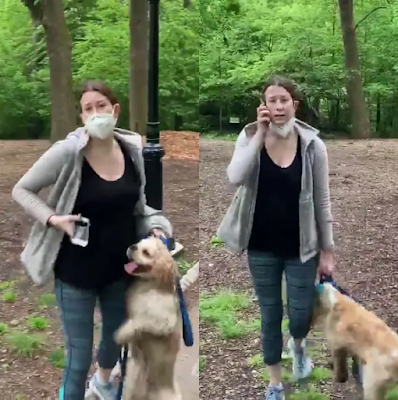 Dog owner,Amy Cooper who lied and tried to get a black man arrested in central park NYC,has been sacked by her employers Franklin Templeton investments.She had been placed on an administrative leave prior.
Cooper, who was the Head of Insurance Investment Solutions at Franklin Templeton, was fired one day after the May 25th incident in New York's Central Park. 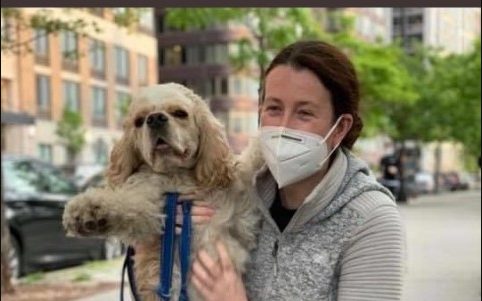 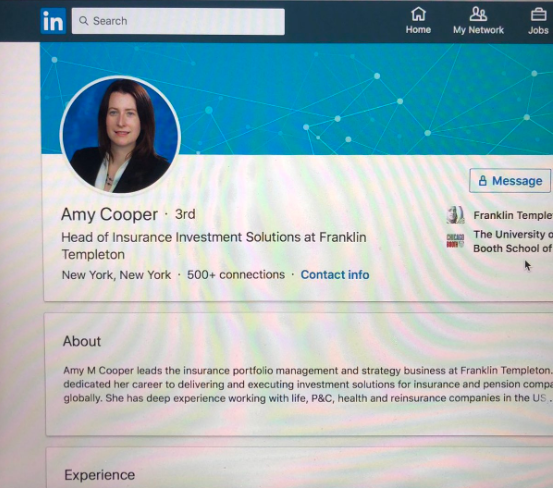 Franklin Templeton tweeted via its official Twitter account: "Following our internal review of the incident in Central Park yesterday, we have made the decision to terminate the employee involved, effective immediately. We do not tolerate racism of any kind at Franklin Templeton."
It was inevitable really.
She has since apologized by saying,she didn't mean to hurt the African American community and that she was just scared.She also went on to say,she wasn't a racist,yea right.This could have easily been another George Floyd incident with police officer called on the scene.Who knows what would have happened next?Because the officer would obviously have shown up believing Cooper the black guy,was a danger who had tried to harm a woman,a white one at that and we all know what that means in todays America. 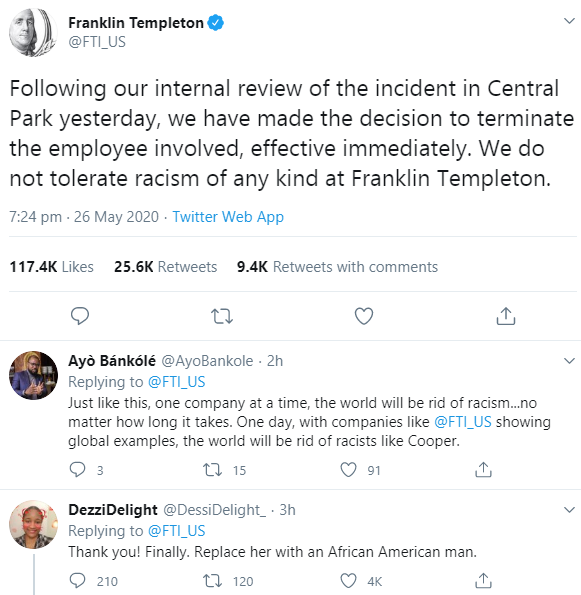 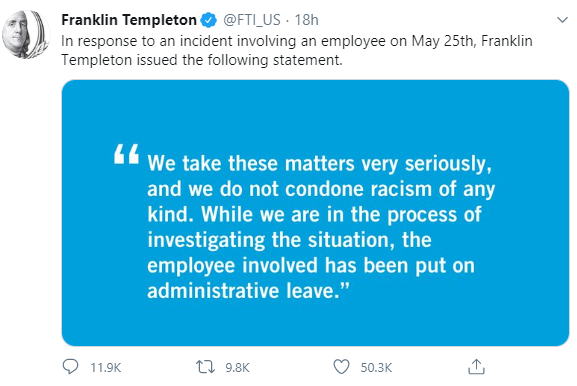