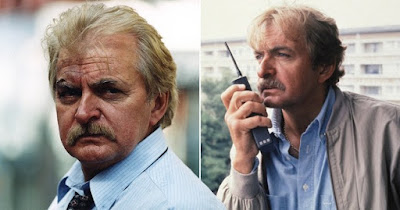 The Bill and Flash Gordon actor,Tony Scannell, has died aged 74, according to reports.His cause of death is yet to be announced.

It was announced on social media he passed away on wednesday.Scannell starred as DS Roach in the 1980s and 90s after reportedly only signing on for two episodes. He also starred in Flash Gordon, Evil Never Dies and Waking The Dead.

Tony leaves behind his partner Agnes Lillis.She told BBC News: "Tony was the big love of my life. We'd been together a long, long time, and we grew closer and closer.


Scannell net worth-He was declared bankrupt in 2002, owing the Inland Revenue £42,000 after a decade of partying and womanising.