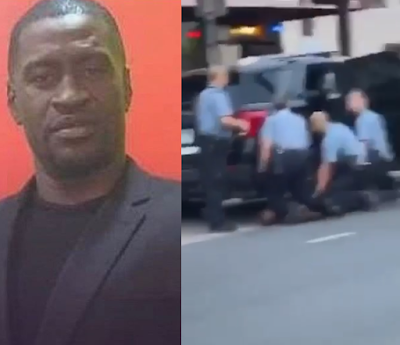 The George Floyd arrest and treatment by 4 Minneapolis police officers,which led to his death or murder as some claimed,after allegations he was involved in a forgery in a store is the talk of America.
Black men in America are continually being racially profiled and losing their lives for things that their white counterparts will get just a wrap around the knuckles.A black man was only recently shot and killed by a father and son team.That case is still pending,and now this.
The African American who lost his life after a Minneapolis police officer was seen kneeling on his neck, making it difficult for him to breathe.The horrific video shared online shows an
officer pressing his knee into Floyd’s neck, while Floyd is pinned face-down on the street. Floyd can be heard repeatedly pleading with officer to get up.

"I can't breathe," he kept repeating but the cops didn't listen.

The cop who was kneeling on his neck did not ease pressure even as the man complained.

"Get up and get in the car," another officer is heard telling George Lloyd but it's clear that the man can't get up unless the officer stops holding him down.

At some point, George starts screaming for his "grandma."

He is also heard saying: "My stomach hurts, my neck hurts, everything hurts."

Bystanders approached the scene and told the officer to get off of the man. One person pointed out that the man’s nose had started to bleed but they didn't listen. The man then stopped moving and appeared to be unresponsive as the ambulance arrived at the scene and placed him on the gurney to take him away.

According to CBS News, the man was later announced dead following the incident.

Why was George Floyd arrested?
The Minneapolis police later released a statement claiming that officers responded to a report of “forgery in progress.”

The statement continued to claim, “Officers were advised that the suspect was sitting on top of a blue car and appeared to be under the influence. Two officers arrived and located the suspect, a male believed to be in his 40s, in his car. He was ordered to step from his car. After he got out, he physically resisted officers. Officers were able to get the suspect into handcuffs and noted he appeared to be suffering medical distress. Officers called for an ambulance.”

The police continued to note that no weapons were used during the incident and body cameras were worn and activated during that time.

The officers involved were placed on paid administrative leave.

A number of Black American celebrities have reacted in outrage to George's death.

Meanwhile, it has been revealed that 4 Minneapolis police officers have been fired over George Floyd's death. Though only two police officers were caught in the video making the rounds, another video shared by the victim's brother has shown that there were 4 officers at the scene. 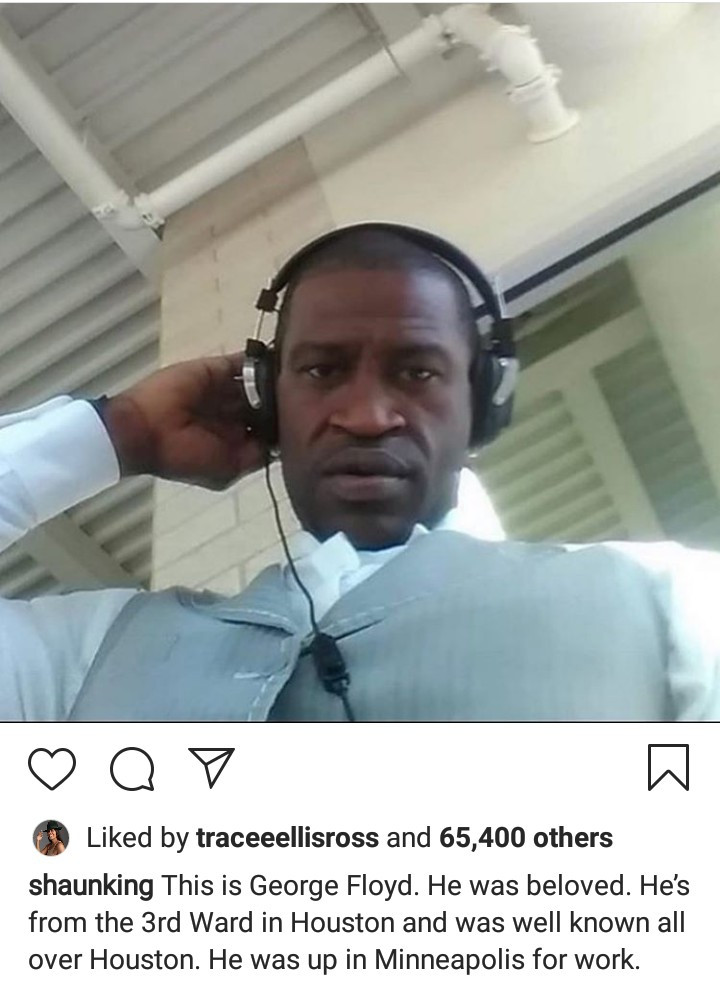 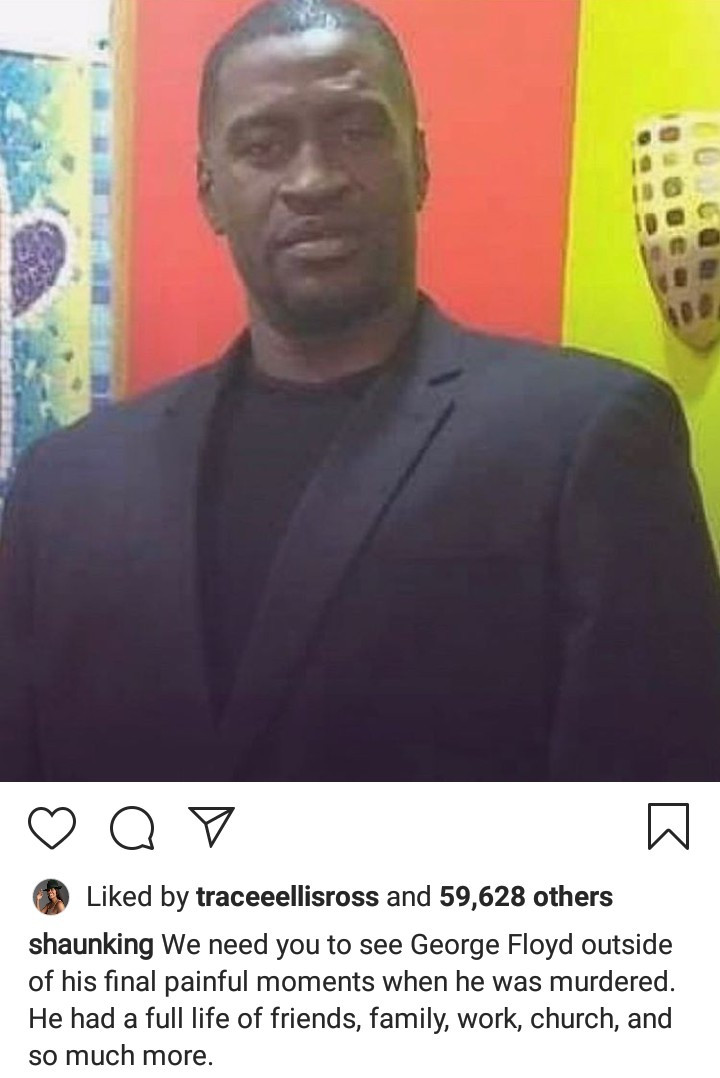 The police officers were fired Tuesday, May 26, following the death of George Floyd on Monday, May 25, after an officer knelt on his neck while he was handcuffed on the ground, shouting that he couldn’t breathe. 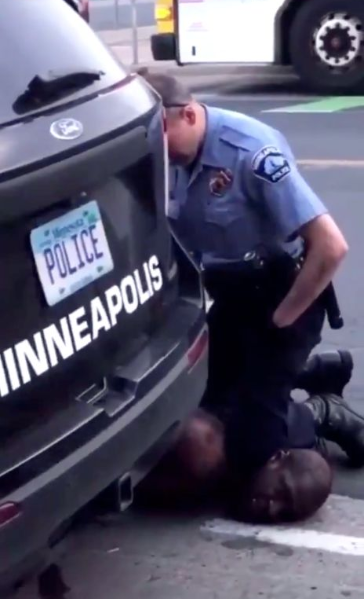 Police Chief Medaria Arradondo announced their terminations during a news conference. He did not publicly identify the officers. However, Shaun King has shared the identity of two of the police officers involved. 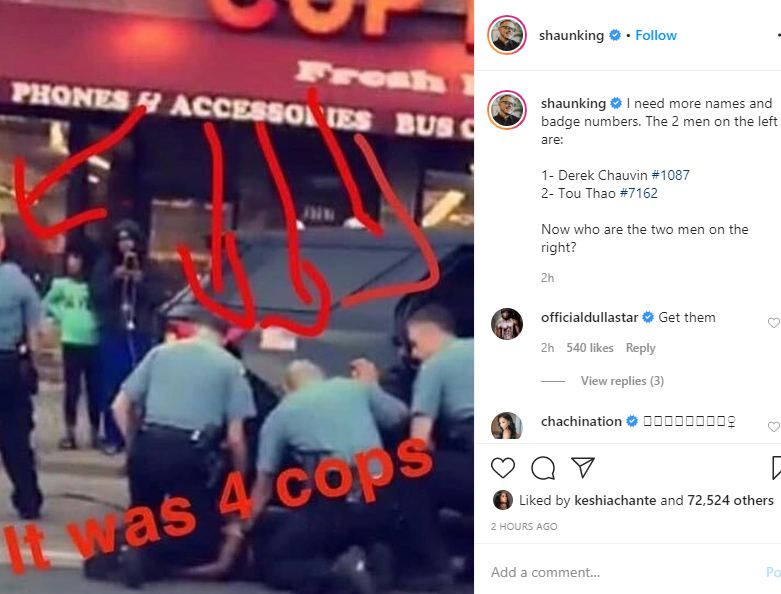 "It is the right decision for our city," Mayor Jacob Frey said of the firings. "We’ve stated our values and ultimately we need to live by them."

However, the officer did not listen. Within minutes, the video shows Floyd closing his eyes and no longer speaking. The officer appears to keep his knee on Floyd’s neck, even as onlookers begin shouting that he isn’t moving and demand that officers help him.

Police called for an ambulance but Floyd died shortly after arriving at a hospital, the Minneapolis Police Department said in a press release. 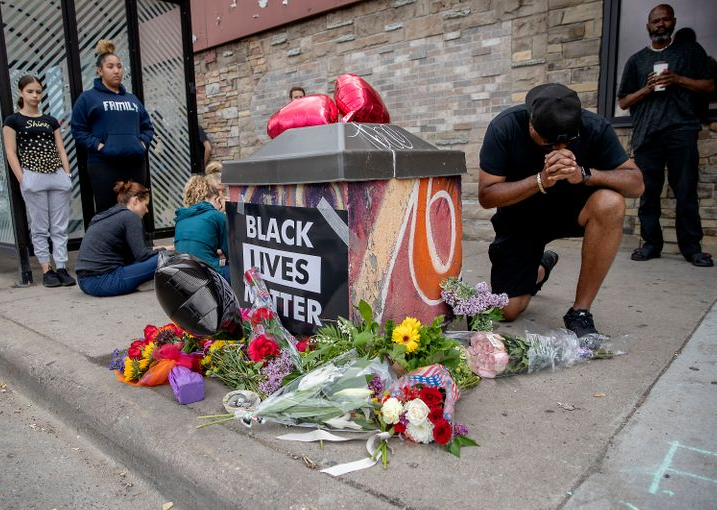 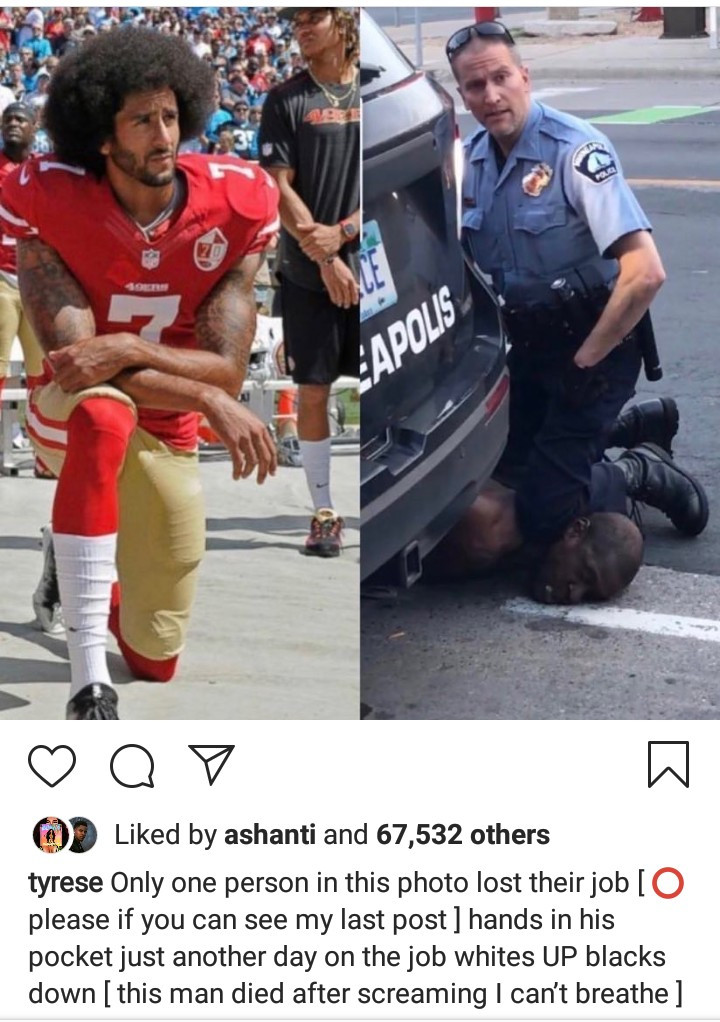