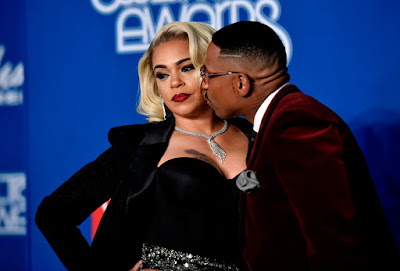 Faith Evans has reportedly been arrested for domestic violence after she allegedly attacked her husband, Stevie J, during a heated argument last week.This is the Grammy award winning singer's third marriage.

According to TMZ, Police were called to the couple's Los Angeles home around 1 am after
an argument allegedly turned violent between the both of them.

The gossip site reported that law enforcement 'noticed visible marks and scratches on Stevie's face' and Faith was 'arrested, booked, and then posted bond.'

If the arrest report is true, it would be Evans' first violent felony after arrests for cocaine/marijuana possession in 2004 and drunk driving in 2010.

Evans and Stevie J, who both became friends after working closely in the ’90s under Bad Boy Records, got married in a secret ceremony in July 2018.
Tags celebrity Entertainment
Previous Post Next Post