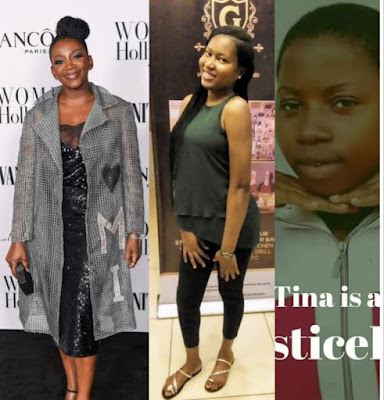 Nigerian actress Genevieve Nnaji has reacted to the tragic murder of 17-year-old Tina Ezekwe and Uwa Omozuwa, 22.Both young women have inspired the hashtags #justiceforTina and #justiceforUwa .

Tina was shot dead by a stray bullet from one of two police officers on May 26 in Iyana-Oworo while Uwa Omozuwa was brutally assaulted and raped inside a Redeemed church where she went to read in Benin.

The deaths of both women sparked outrage and also birthed the hashtags #JusticeForTina and #JusticeForUwa.

Genevieve has now joined those reacting to the tragic news.

She tweeted: "They either abuse their power, or have the power to abuse. In or out of uniform, we live in constant fear of men. Tina Ezekwe. Vera Omozuwa. Rest In Peace my darlings. We will get justice." 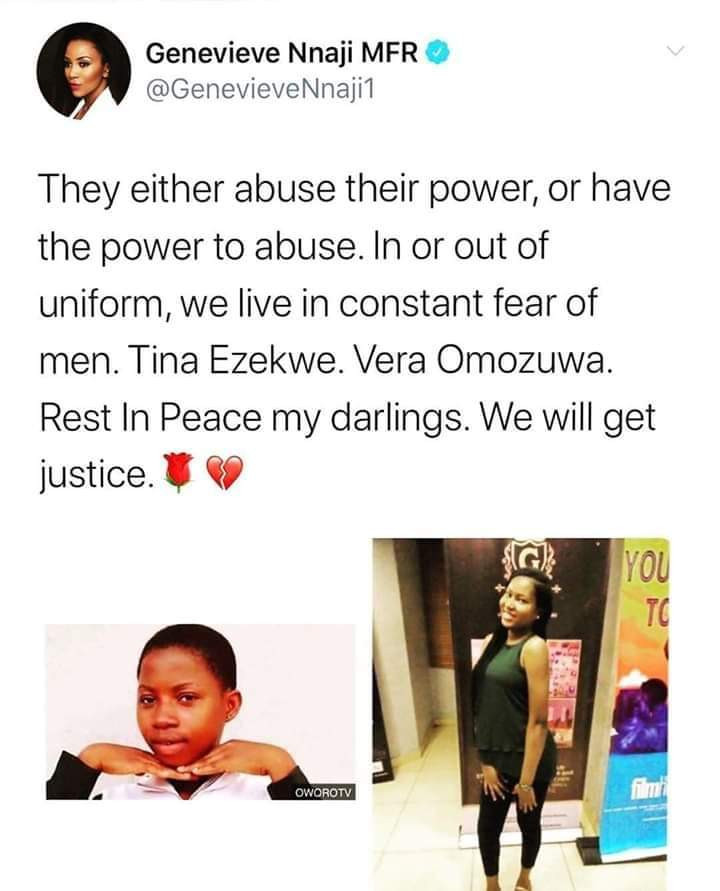