How Markus Braun got bail for 5m Euros after arrest

How Markus Braun got bail for 5m Euros after arrest 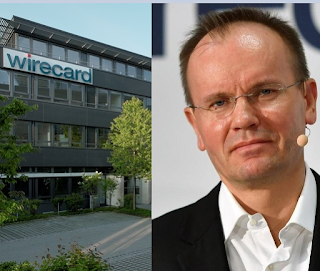 Markus Braun bail has been granted after his arrest.He appeared before a judge on Tuesday, who said he would be released after posting bail of €5m. Mr Braun will be required to report weekly to police.

Markus Braun, the former CEO of Wirecard, was arrested in Germany after $2.1 billion went
missing at the digital payments company.

Munich prosecutors confirmed Tuesday that Braun was arrested on suspicion of possibly having inflated Wirecard's balance sheet and sales through fake transactions with third parties in order to make the company more attractive to investors and customers.

Wirecard acknowledged on Monday that €1.9 billion ($2.1 billion) in missing cash, which made up roughly a quarter of its assets, probably never existed in the first place. The company withdrew its preliminary results for 2019, the first quarter of 2020 and its profit forecast for 2020.

Braun resigned as CEO on Friday, June 19, suggesting the company may have been the victim of a massive fraud.

Wirecard was founded in 1999. It was once considered one of the most promising tech firms in Europe. It processes payments for consumers and businesses, and sells data analytics services. The company has nearly 6,000 employees in 26 countries around the world.