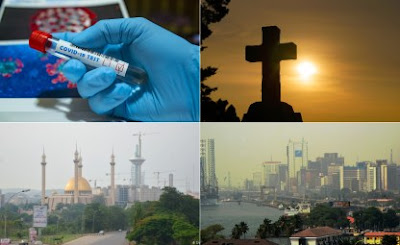 Lagos Covid 19 update,churches and mosques to reopen in Nigeria,but not Lagos.Babajide Sanwo Olu,has announced that churches and mosques in Lagos will not be opened soon,due to religious leaders saying they cannot take responsibility for the number of worshippers present at services.
Effectively,there is disagreement on protocols and guidelines between the state government and religious leaders.Earlier,on Monday, June 1, the Presidential Taskforce on COVID19 announced that Mosques and Churches in the country can reopen for worship based on guidelines and protocols agreed with state governments. 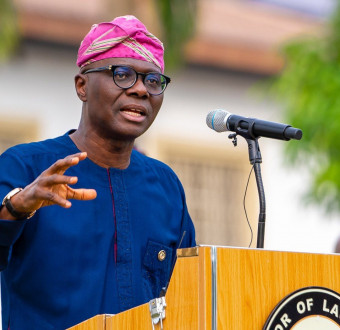 Speaking today at a press briefing commemorating the first year in office of the state governor, Babajide Sanwo-Olu, the state Commissioner for Home Affairs, Prince Anofiu Elegushi, said religious leaders in the state have said they cannot take responsibility for the number of worshippers that come into their worship centers

“Even before the pronouncement by the Federal Government, we have been having meetings with the religious leaders. We even have one with safety Commission, looking at the possibility of reopening of religious houses.
We also had one with the leaders of the two faith and I want to tell you categorically that at that meeting, the possibility of reopening religious houses was ruled out totally.
They claimed that they cannot take such responsibility of ensuring that only 20 or 50 people are praying behind them. Like an Imam said he doesn’t know what is going on at back immediately he is leading a prayer. He said if more than 20 or 50 people are staying at his back he is not going to take responsibility for their presence.
So in the meeting we ruled out in totality the issue of reopening the religious houses until we have a clear coast for us to do so. The Federal Government mentioned it, but it never ruled out the state in achieving that pronouncement, so all states will have to look at possibility of doing so in their respective states.
We all know Lagos is still having more figures, so definitely that will speak to our decision. But the governor of the state will come out with further directives.’’ he said

I personally cannot see why this is a problem.All the churches and mosques have to do is get some ushers behind them ,who will monitor numbers.And if that is a problem,the easiest way,is to lock the doors of the worship places once a certain number of worshippers are in.HOW EASY AND SIMPLE CAN THAT BE?
I think they are just upset they can't get more people in and are trying to  either blackmail the government or force their hands.
I hope they don't fall for this,the churches and mosques will always be there,they are not going away.
But people may die and be gone for ever.Lets do the right thing.

The state governments have been advised to ensure the strict adherence to COVID19 precautionary measures which include social distancing, use of hand sanitizers, checking of temperatures and others.
Tags health news Nigerian news Religion
Previous Post Next Post