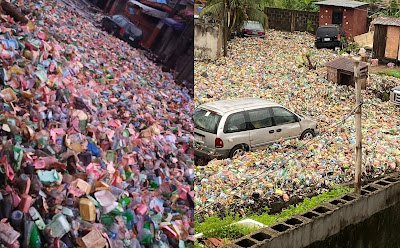 Residents of Surulere,Lagos state were awoken on Sunday morning by a refuse overdose after a rainfall the previous night.Akobi Crescent was the worst hit area of the refuse that was swept in by the rainfall due to bad drainage and bad refuse management.
Residents and fellow Nigerians took to twitter to react to the serious eyesore.Personally i
have never seen anything so gross and terrible aesthetically.

The irony is,in many countries,these refuse has created huge employment for citizens,by using them to power electricity from collecting and recycling the waste.But in Nigeria,that is just what they are treated as literally, waste!

Here are photos and some tweets below; 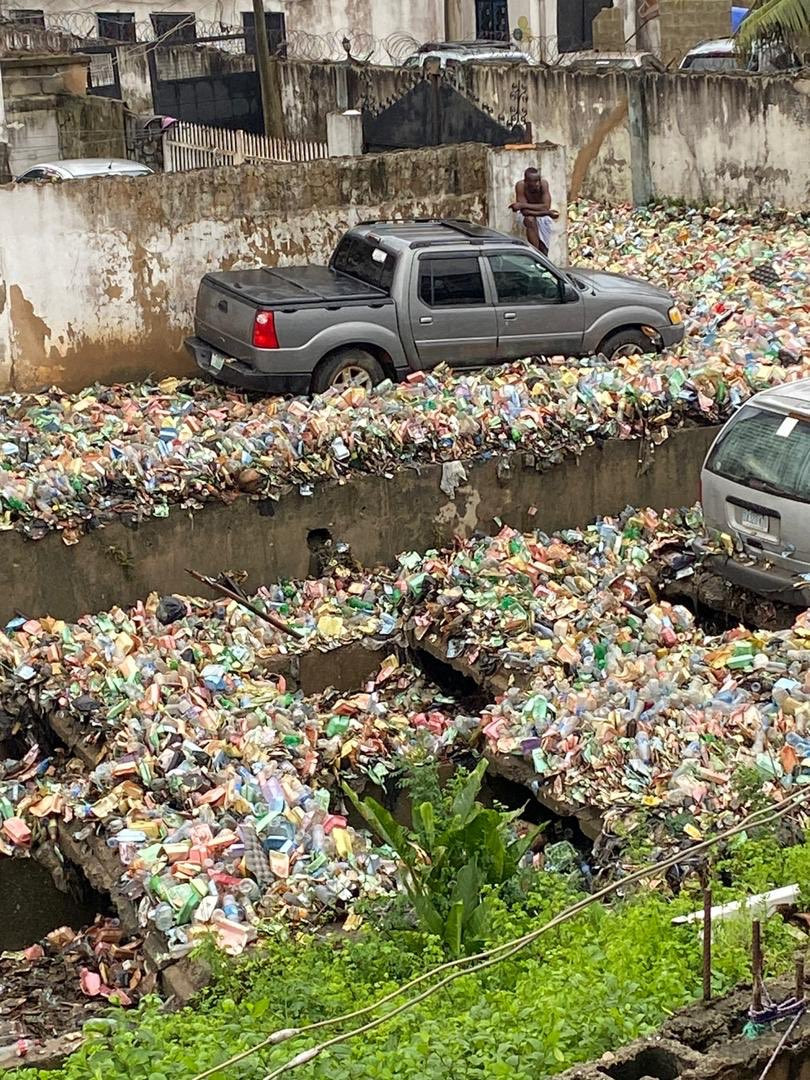 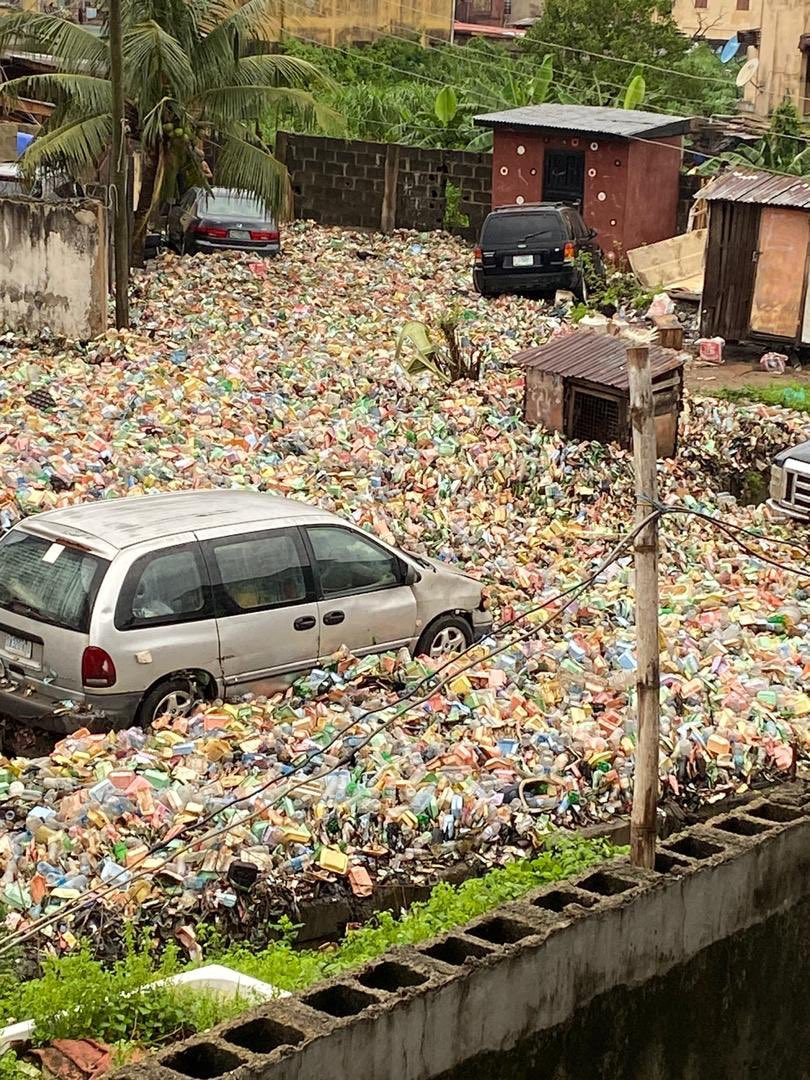 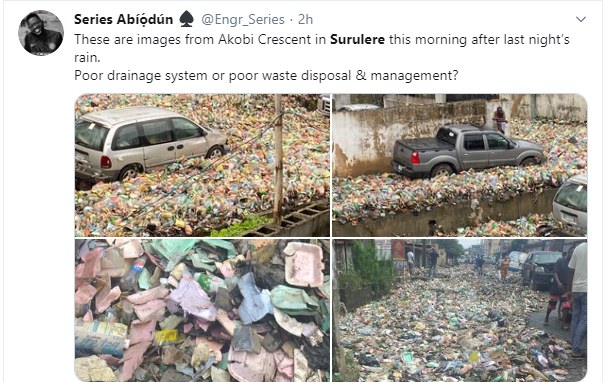 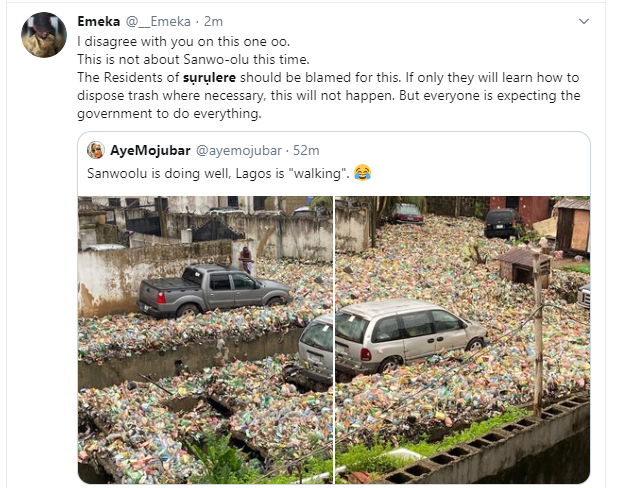 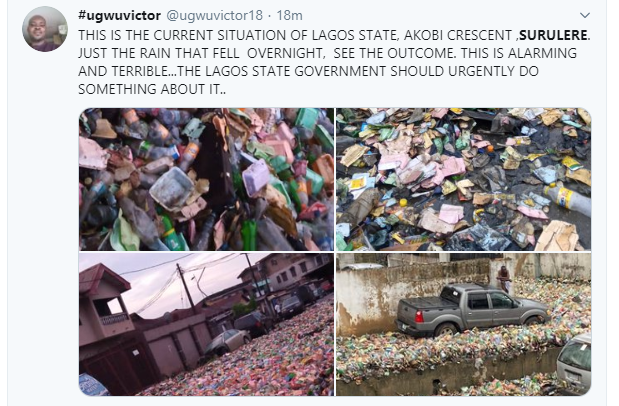 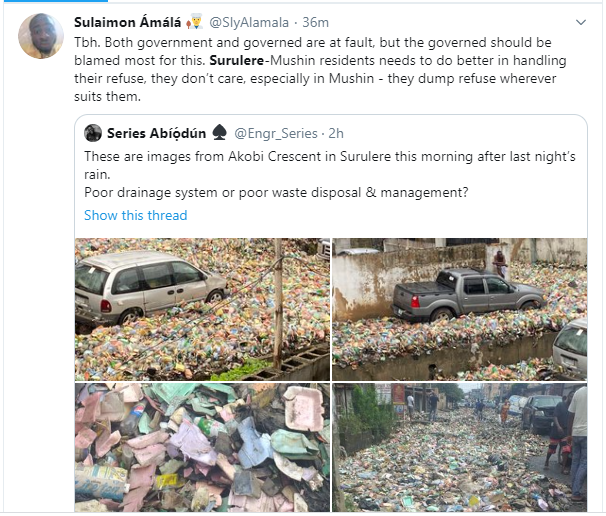 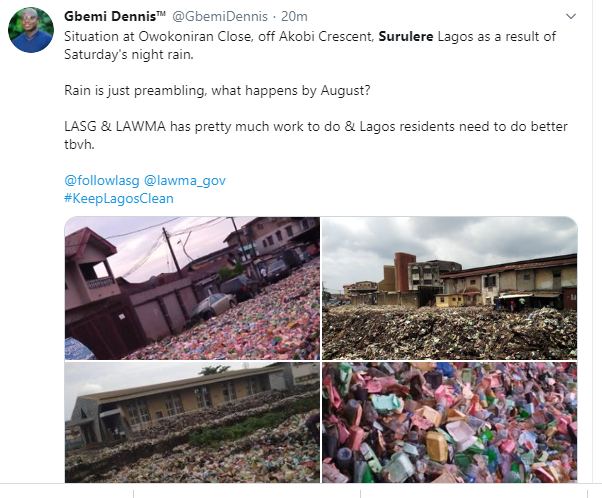 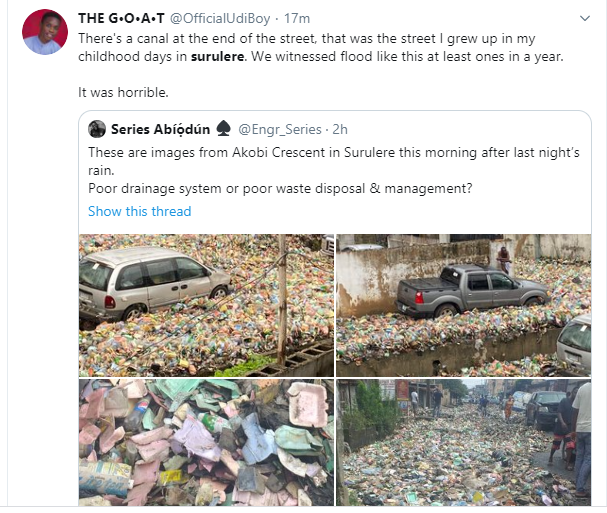