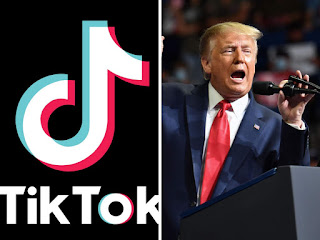 Trump to ban TikTok?You heard that right folks.President Donald Trump is looking at a ban on TikTok.He revealed that the U.S. is considering banning the Chinese social media app amid fears it could be used by China to spy on Americans.

It's been known for a while that America has been weary of China.As a result,the US officials have raised concerns about the Chinese government stealing private and personal data via Americans' cell phones via such smartphone applications.


Speaking to reporters in the South Lawn before departing the White House for a day trip to Texas, Trump said: 'We're looking at TikTok, we're thinking about making a decision.' 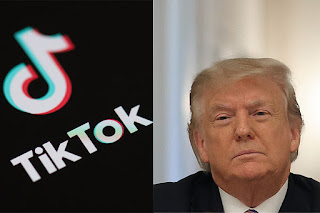 Treasury Secretary, Steven Mnuchin also said the app is under review by the Committee on Foreign Investment in the United States. He also informed reporters he would have a recommendation for the president this week on how to handle the Chinese-based app.

In a memo on Monday, Biden's general counsel, Dana Remus, ordered staff members to delete TikTok from both their personal and work phones, and to 'refrain from downloading and using TikTok,' according to Bloomberg.

The memo also bans staff from trading individual stocks without approval from the campaign’s general counsel.