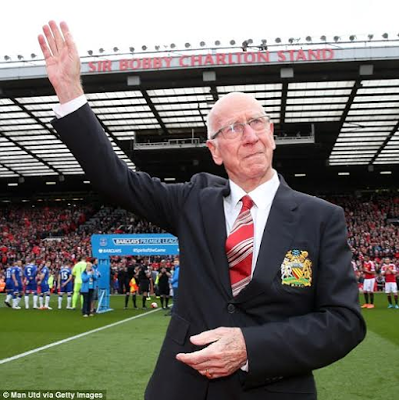 Sir Bobby Charlton has South stand named after him at Manchester United.

Yesterday marked the 60th anniversary since Sir Bobby Charlton first played for Manchester United and it was a very emotional one for the 78th year old who had a stand in the Old Trafford stadium(Sir Bobby Charlton stand) named after him as a mark of honour. Sir Bobby Charlton, who is still Man U's highest goalscorer of all time, 40 years after retiring and is England's second highest goalscorer behind Wayne Rooney couldn't hide his emotions as he headed onto the pitch to a raucous applause and stunning setting of flags spelling out his name in a giant mosaic. 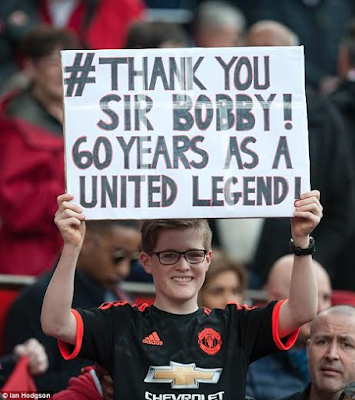 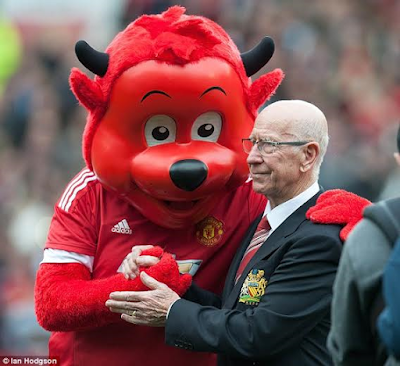 Sir Bobby Charlton hair was also as famous as his football exploits back in the day.The football star had to endure plenty of banter when he failed to cut or shave his famous bald and thinning hair.He had the famous Charlton comb over.He also went on to win both the European Cup and World cup with Manchester United and England respectively.Among the Charlton brothers is another famous footballer who played for Leed and England as well as manage Newcastle United,Jack Charlton.
His wife who had been a supporter through out his career was present at Old Trafford to support her husband. 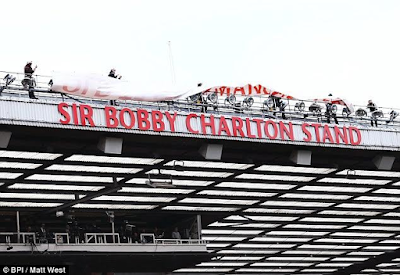 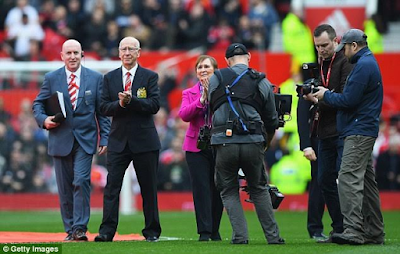 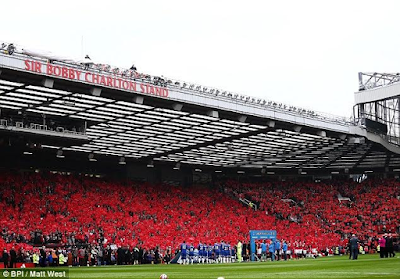 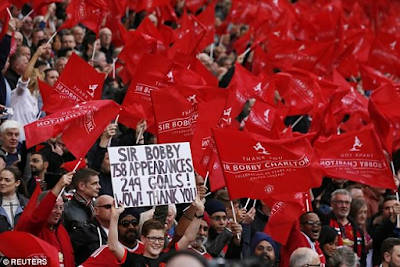 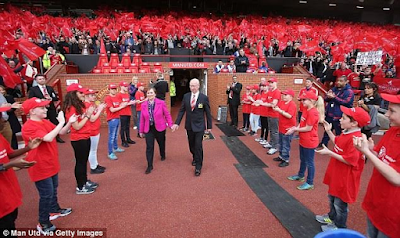 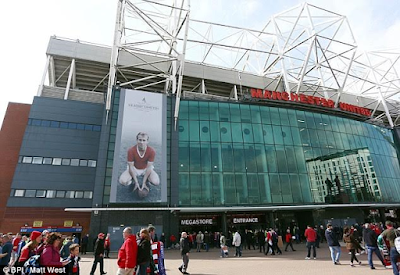 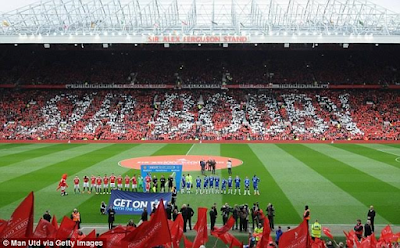 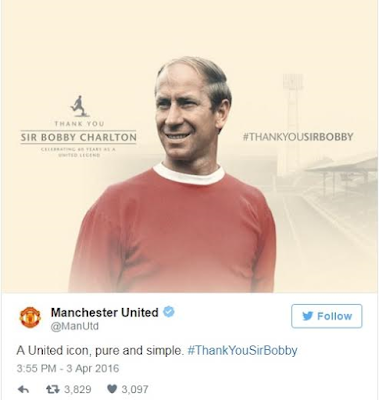