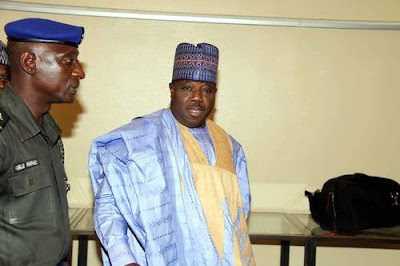 The Factional chairman of PDP, Ali Modu Sheriff, has reportedly agreed to refund N40 million which he allegedly got from the N24.29 billion PDP campaign fund that was allegedly disbursed by former Minister of Petroleum Resources, Diezani Alison-Madueke during the 2015 general election.Sheriff was invited to the EFCC zonal office in Maiduguri, Borno state yesterday June 15th where he was grilled for over 7 hours on how the campaign funds for the party in the 2015 general election was sourced and disbursed.After much questioning, Sheriff signed an undertaken to return N40 million and was granted
administrative bail. A source at the antigraft agency who spoke to The Nation said


“Based on previous interactions with some leaders of the PDP in Borno State, we isolated issues for him and asked him to respond to the allegation that he benefitted from the N450million allocated to the state by Diezani as campaign funds. One of the issues was the N40million traced to him through Hon. Kumalia for security. Sheriff admitted receiving the cash and made a firm commitment to return it as soon as possible. Based on Sheriff’s pledge, he was granted an administrative bail.”

On June 6th, EFCC questioned the Borno state PDP Campaign coordinator who stated that the state got N450million and that the sum of N40m was given to Hon. Kumalia for onward transmission to Ali Modu Sheriff for Security. 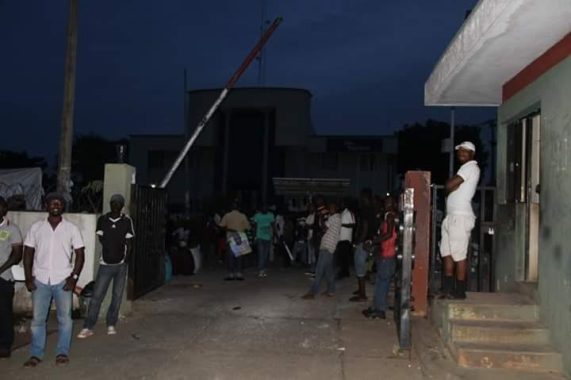 It was only Yesterday, a youth group named, PDP Youth Rescue Group drove all occupants out of the PDP National Headquarters in Abuja after a prolonged protest calling for the sack of Senator Ali Modu Sheriff and shut it down.Another Youth group with loyalties to the embattled PDP National Chairman, later stormed the Secretariat, destroyed the padlock and entered the premises in full view of the police stationed nearby. See another photo below... 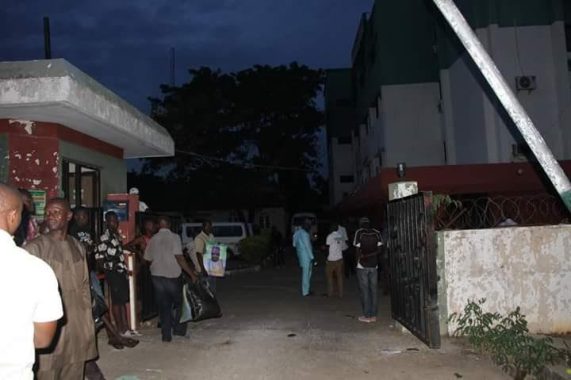 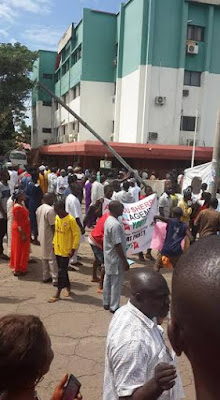 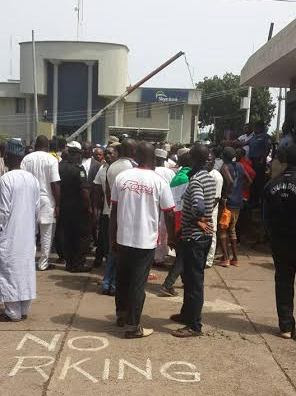 Above are Angry PDP youths by the name, PDP Youth Rescue Group and PDP Rebirth Group who shutdown the National Headquarters of PDP after a prolonged protest calling for the sack of Senator Ali Modu Sheriff. The office is currently under lock and key after the youths drove all occupants out. 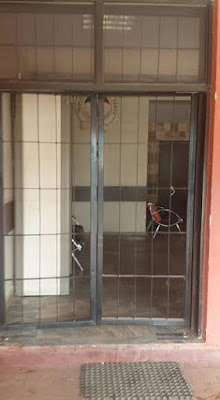 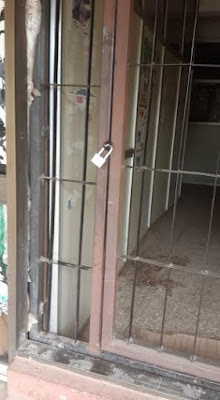