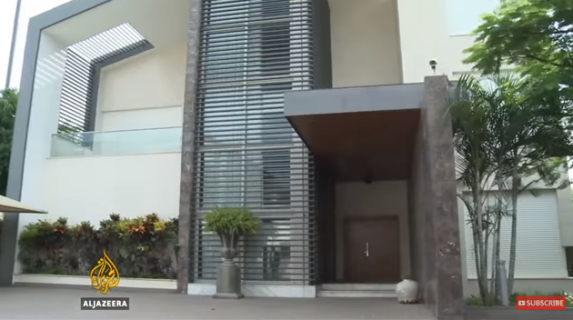 Diezani Alison Madueke mansion.The EFCC has seized an $18m house belonging to Alison Madueke in Abuja.
The Economic financial crime commission says its fight against corruption led to the recovery of this house pictured above allegedly owned by the former Minister of Petroleum
Resources.I am in a shock that a house could be worth $18 milion in Nigeria.  The Alison Madueke house that was seized is located in Asokoro Abuja is said to have furnishings worth $2million and a bulletproof gym.I am aghast with shock and anger! For those who have been championing Alison's cause ,saying she was innocent,how is she going to defend this?How is she going to justify having an $18m mansion? 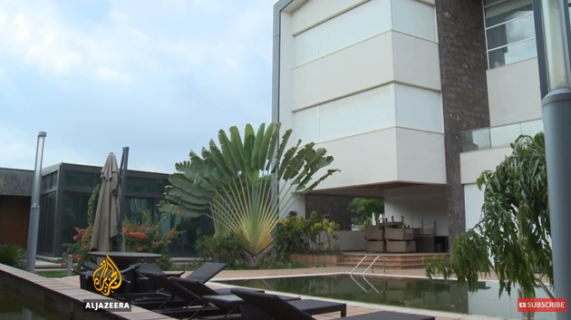 The antigraft agency showed the recovered house in a new interview with Al Jazeerah. Also displayed were jewelries and monies reportedly recovered from corrupt government officials. 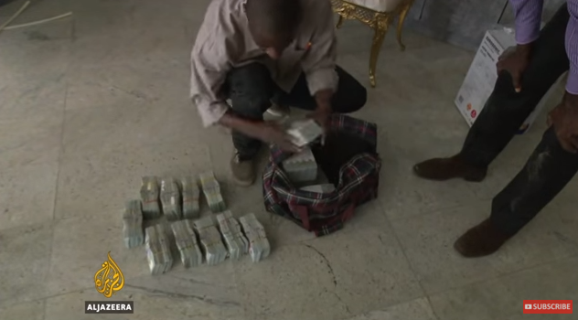 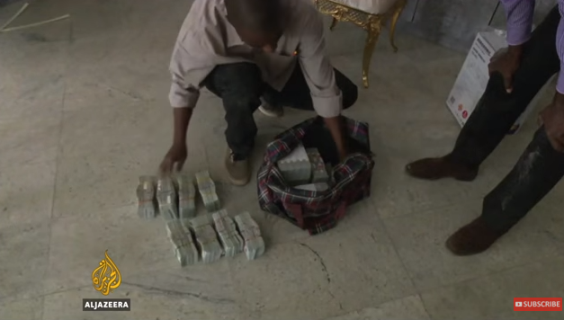 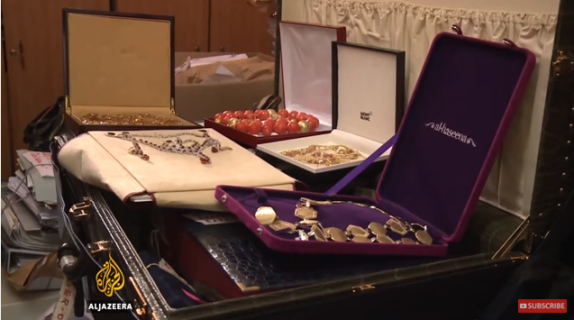 Speaking during the interview, the EFCC Chairman, Ibrahim Magu said" We have been able to take on a lot of big shots that were hitherto were untouchable in the three arms of the military, political class. We have recorded 164 convictions in just one year". He denied claims that the fight against corruption was politically motivated. "No, not my EFCC, not the EFCC of today. We are not politicized. If there is an allegation against anybody, we will go after them"he saidWatch the interview here

Reacting to the report of her house and jewelleries being seized,Diezani Alison Madueke came out fighting.
Reacting to the report, which has gone viral, Diezani said the report represented 'everything ridiculous and despicable about professional media practice and global best practices in the war against corruption.'. She said she's being demonized and that even market women have jewelry. Read the full statement personally signed by her and given exclusively to Signal after the cut...
My attention has been drawn to a report by Al Jazeera, which was released on Monday as a testament to the effectiveness of Nigeria’s Economic and Financial Crimes Commission (EFCC) in its war against corruption.

In the video report, which has been widely circulated in the social media, there are claims about me owning a property in Abuja allegedly worth $18 million. The report, which represents everything ridiculous and despicable about professional media practice and global best practices in the war against corruption, is the latest attempt to give a dog a bad name in order to hang it. Clips of jewelry allegedly worth over $2 million were also copiously displayed as if to feed the cravings of an audience gratified with the notion that every wealthy Nigerian is corrupt.

This will not be the first time calculated attempts have been made to demonise and damage my reputation in the public space. Many times, my detractors have gotten away with these irresponsible smear campaigns because they have become accustomed to my characteristic approach of silence in the face of these callous attacks.

The latest in the string of propaganda attacks launched against my person since I left government as Nigeria’s Petroleum Minister is this Al Jazeera report, which without any court conviction anywhere in the world attempts to dress Diezani Alison Madueke in the garb of a common criminal. This, to say the least, is the height of journalistic brigandage and a sheer mockery of Nigeria’s anti-corruption war before the eyes of the world who are watching and asking if the war against corruption is a circus show where suspects are prosecuted and sentenced on the pages of newspapers and video blogs without anything as remotely in the semblance of a trial in the courts of law.

When did it become a crime to own a property in Nigeria? When did it become a crime for a woman of my status to have in her possession, jewelry? Jewelry, which women all across the world, including the woman selling tomatoes in Bodija market have in abundance in their closets? In which court of law, anywhere in the world was I prosecuted by the EFCC and found guilty of corruption?

With all sense of modesty, I say this only for posterity and for the records. I have strived within my means and the blessings of God to live a decent and accomplished life. I studied architecture in England and obtained a bachelor’s degree from Howard University, United States of America in 1992. When I returned to Nigeria that same year, I joined Shell Petroleum Development Corporation. In 2002, I obtained an MBA at Cambridge University, United Kingdom. In April 2006, I was appointed by Shell as the company’s first female Executive Director in Nigeria. In July 2007, I was appointed by the late President Umaru Musa Yar’Adua as Minister of Transport. The next year in December 2008 I became Minister of Mines and Steel Development. In April 2010, I was appointed as Minister for Petroleum Resources and served in that capacity till May 2015. During this period as Petroleum Minister, I had the honour of serving Nigeria and representing her in the Organization of Oil Exporting Countries (OPEC) where I was elected first female President. All through my career, I have strived to maintain a record of hard work, integrity and excellence, giving my best to society, because my parents raised me in the consciousness that a man or woman’s greatness is defined not by the amount of wealth they have acquired but the impact of their service to God and humanity.

Coming at such a critical time in my life when I am battling cancer, this poorly executed propaganda bares on its face like tribal marks, a clearly malicious attempt to victimize an innocent woman in what appears an exaggerated plot to validate and give credibility to the anti-corruption crusade under Nigeria’s new regime. People who are battling cancer or those who have lost their loved ones to this medical condition understand what I am going through at this time. This is what makes me ponder at the cold-heartedness of those who will go any length to defame and destroy in the name of propaganda. What happened to our shared humanity?

I have absolute regard for the law and believe that people who have breached the laws that govern societies should be made to face the wrath of the law. But in a civilized society, a responsible government owes its citizens absolute commitment to the principles of rule of law, equity, fairness and justice. I have been wrongfully and maliciously maligned and those behind this reckless action know it.

I leave them to posterity, their conscience and above all the Almighty God who is the final judge of all.
Diezani Alison-Madueke13/06/2016
Tags corruption in Nigeria. latest news in Nigeria Politics
Previous Post Next Post