Messi Achievements and statistics as Maradona begs him not to retire

Messi Achievements and statistics as Maradona begs him not to retire 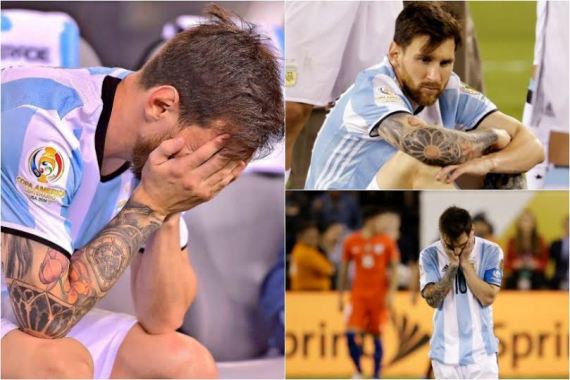 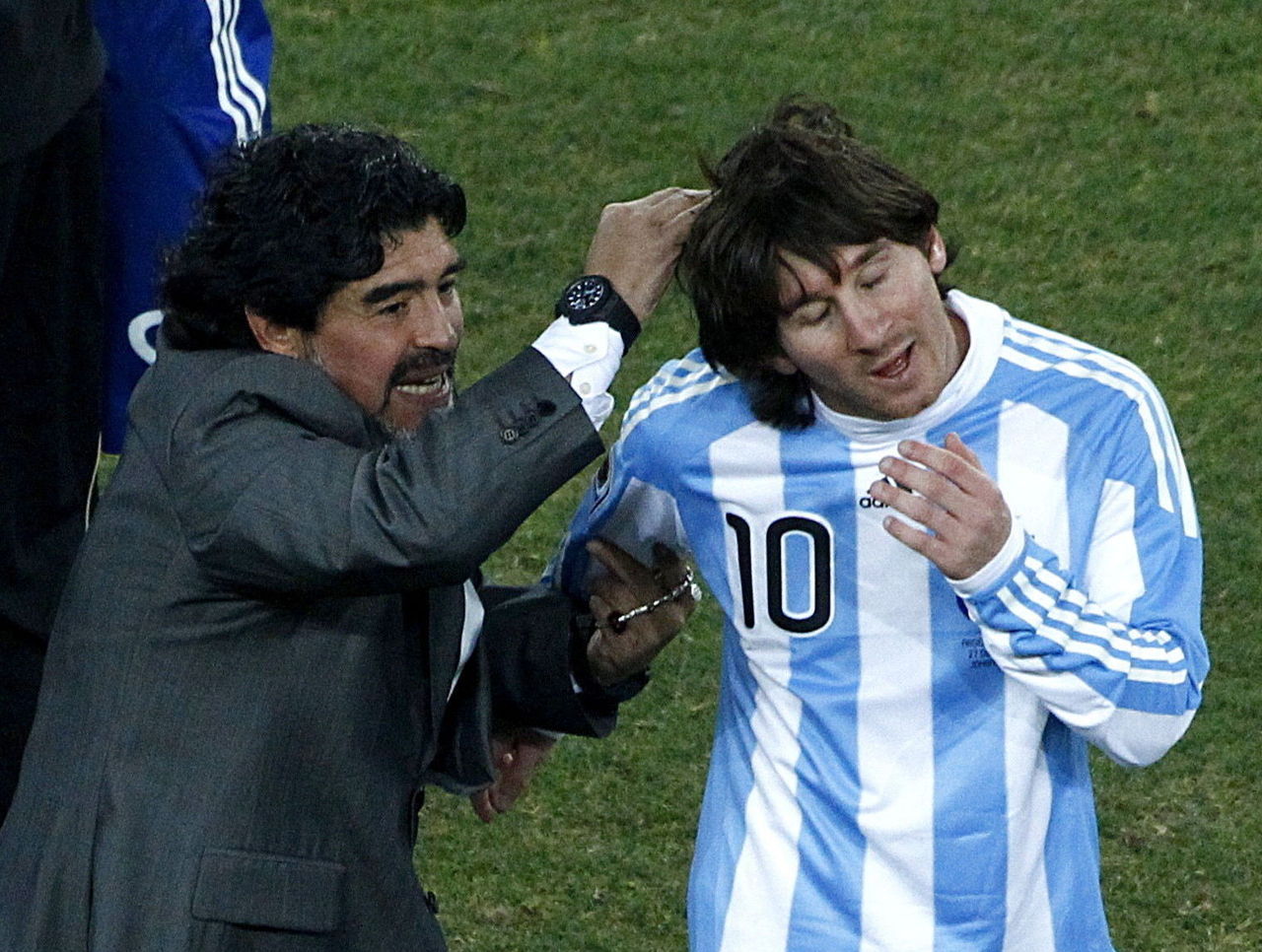 Lionel Messi Retirement.The best player in the world and captain of Argentina,has after the loss in the Copa America to Chile announce his retirement from International football.But the other player who he is constantly compared to,and who was as well the best player in the world while he was playing,Diego Maradona,has pleaded with him not to retire.Arguably,Argentina's greatest footballer of all time Diego Maradona pleaded with country man and current Argentina captain Lionel Messi not to retire from International football following Argentina's Copa America Centenario final loss to Chile.
Messi retires.After losing his fourth final for his country - after the World Cup two years ago and the Copa America in 2007 and 2015 - an emotional Messi said: 'That's it. It's over for
me with the national team. But Maradona has urged the Barcelona man to think carefully about his future.


'Messi has to stay in the national team. He will go to Russia in form to be world champion,' Maradona told Argentine daily La Nacion. He has to rely more on boys who can help take the team forward and less on those who say they have to go. Those who are saying he should quit are doing it so that we won't see what a disaster Argentine football has become.'

Messi's plan to retire comes as the Argentine Football Association (AFA) implodes after the AFA's presidential election was recently marred by controversy and uncertainty. Maradona added:


'I am very sorry and very angry with what is happening to Argentine football. We hit bottom, we reached the bottom.'

Messi has tried so many times,but he just can't seem to replicate his form for Barcelona when he plays for his country Argentina.Many have said this is because he does not have the same quality of players that surround him in Barcelona.Most have also said he would not be truly recognized as a great if he does not win anything with his country.I think that is crap,Ronaldo will never win anything with Portugal,but does that deny his his obvious genius?

I think Messi is just upset now,we all saw him crying after the Chile final,he missed a penalty as well,very unlike him,that was the tension and pressure all heaped on his shoulder.Normally,Messi would stroke a penalty into the net,but we saw him blast this into the skies.I think Messi will be at the next world cup,he will come out of retirement and will want to win the world cup in Russi so badly.I hope he does,he deserves to with all the joy he has given to the world and football.

In case you did not realise how great this man is,check out the Lionel Messi achievements and statistics.