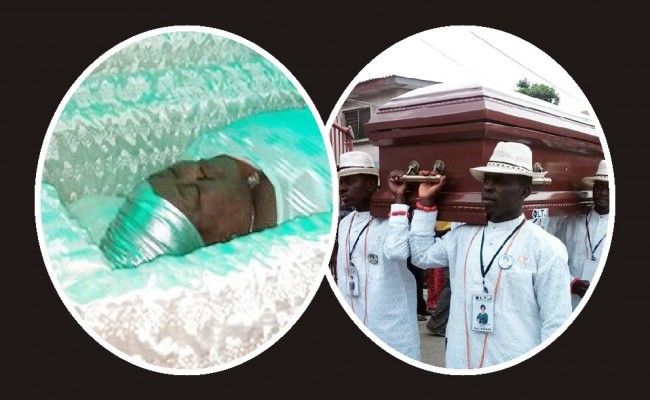 Henrietta Kosoko burial ceremony.The burial of Jide Kosoko's wife Henrietta took place today Friday 10th of June in Delta state,her hometown.The burial was meant to have taken place at the Atan cemetery Yaba Lagos,but this was cancelled by the family of the late actress.According to sources, the family of the late actress does not recognize Jide Kosoko as her husband, hence their decision to take charge of her funeral.

“Henrietta is Urhobo woman from Delta state, where they cherish their culture. Jide Kosoko didn’t go to her family house in Delta to pay her dowry. He met her here in Lagos and they got married and never made any attempt to go to the village with her to do the needful. Because of this, her family doesn’t see him as their in-law,” a source told NetNg.


See why Jide Kosoko missed the burial of his wife in her hometown at this link.