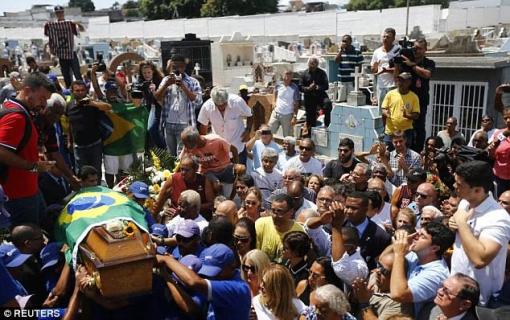 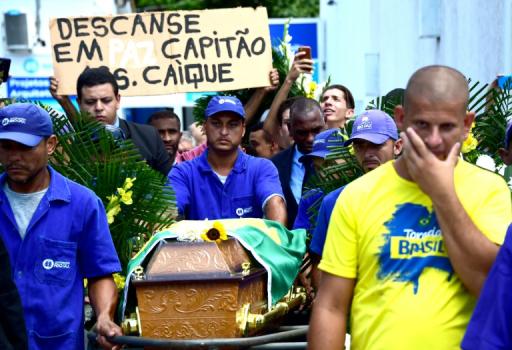 Carlos Alberto burial took place yesterday Wednesday 26th October.It was a sad day all over the world for football lovers.The Brazilian football legend Alberto, who died on Tuesday after suffering a heart attack,was loved universally and the Carlos Alberto goal in the 1970 world cup final in Mexico is still being talked about 46 years later as the best team goal ever scored.He was laid to rest on Wednesday with a Brazilian flag draped over his coffin at the Iraja cemetery in Rio de Janeiro. More photos after the cut. 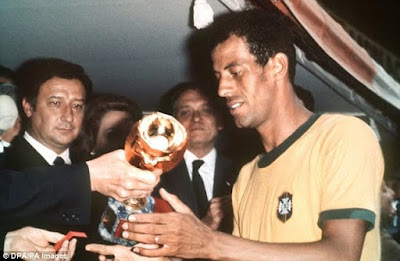 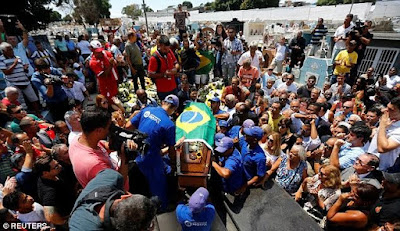 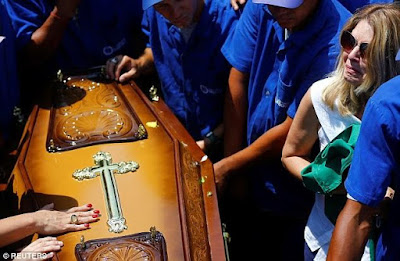 Watch the famous Carlos Alberto goal in the 1970 world cup final for Brazil against Italy below.