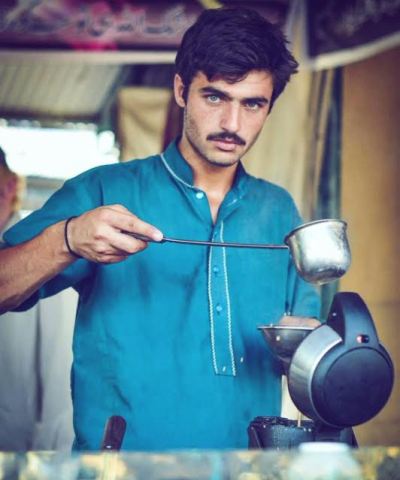 A Pakistani tea seller has found unexpected fame online with his good looks that has sent the internet on fire.Blue eyes, rugged looks, a piercing gaze and all things synonymous with a superstar are being flaunted by this  'chaiwala' tea stall worker in Pakistani capital of Islamabad.

When photos of the dashingly handsome Pakistani identified as 25-year-old Arshar Khan was shared on Instagram on Monday, online users fell weak at the knees and within hours he turned into social media sensation, garnering hundreds of thousands of shares across
the web. 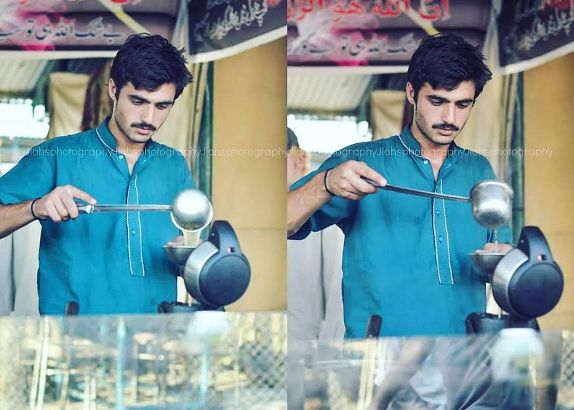 While his photos began breaking the Internet, he had no idea of the stir he was causing around the world - because he doesn't even own a mobile phone! According to the Times of India, people on social media are calling him Pakistan's nuclear weapon, one that can be used for carrying out surgical strikes on Indian girls. 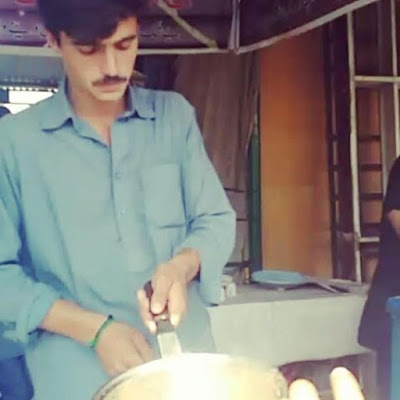 Pakistani photographer Jiah Ali, who shared his pictures on Instagram told the International Business Times that she happened to spot him in the Itwar Bazaar area of Islamabad during her participation in a photo-walk, a few months back.

In an interview with Khaleej Times, Ali tells a little more about her encounter with the once mystery man.

"I actually went back to the market this morning to see if I could find him. When I told him that his picture went viral he was a bit confused and very shy, but he sheepishly said 'thanks'. I found out that he didn't even own a phone." 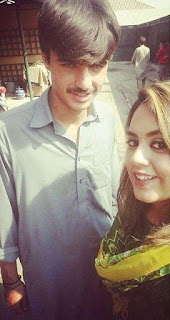 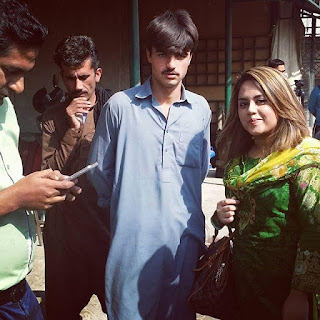 "I was lucky because in the first two shots he was looking down, but then I got two pictures of him looking up. That's when I noticed his eyes.

Ali snapped the viral picture more than one month ago. She said she didn't post it immediately because she had "better pictures to showcase"

"It was those eyes. That's essentially what got the world looking."

Despite his striking good looks, it was actually his tea-making skills that first attracted the part-time photographer to him. During a photo walk through the Sunday markets in her home city of Islamabad, Ali was stopped in her tracks by the master chaiwala.

"I was amazed by the amount of effort he put into his work. The way he made the tea, it was with so much dedication."

And when he noticed her snapping away, she said he became shy and hid in his stall. Following the picture's initial post, Ali said huge crowds have begun gathering at Khan's market stall, and we can bet you it's not for the tea.

"His friends on the nearby stalls were saying how popular he has gotten to be and joked  that he might be kidnapped. I also heard that a talent manager has signed him up."

Since posting the pics, Ali has equally gained in popularity. With around 3,200 followers on Instagram, she has now climbed to more than 24,000, and her Facebook photography page has grown from 85,000 likes to more than 200,000.
"I even had a press company reach out to me asking me to drop my copyright of the image for a large sum of money. I declined though."