How Joel Dommett was catfished in Skype leaked video tape

How Joel Dommett was catfished in Skype leaked video tape 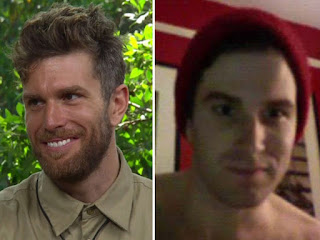 Before the Joel Dommett Skype tape,i had never heard the term catfish before.Apparently,it's the term used when someone sets you up to send intimate pictures or video.The star revealed his level of naivety while on the reality i'm a celebrity show.

He had met the girl online and when she asked him if he wanted to have Skype s.ex,he must have
thought his birthday had come early.But he was set up and catfished.The Joel Dommett willy subsequently mad an appearance on thousands of computers across the country.
It must be very embarrassing for a celebrity to know his whole privacy has been breached and people had access to his private bits.
But that is the risk you take when you decide to send intimate selfies or nudes to people you have just met.
Funnily,the sextape did not make an appearance till a week before he was due to appear on i'm a celebrity.The Skype video had existed for years and nothing.He probably forgot all about it,and then the lady on seeing him appear on the reality show,decided to cash in.

Another interesting revelation is that,the Sin star actually dated the lady for a while.So i am guessing there must be some revenge thing going on there.Surely,you wouldn't do that to a lover if things ended amicably would you?

The Joel Dommett Skype video scandal joins the list of celebs who have been leaked by their accounts being hacked or a jealous lover doing the dirty over them.Sadly it won't be the last.For two reasons,one is people don't learn from other people's mistake and the second reason is there will always be people who betray your trust.