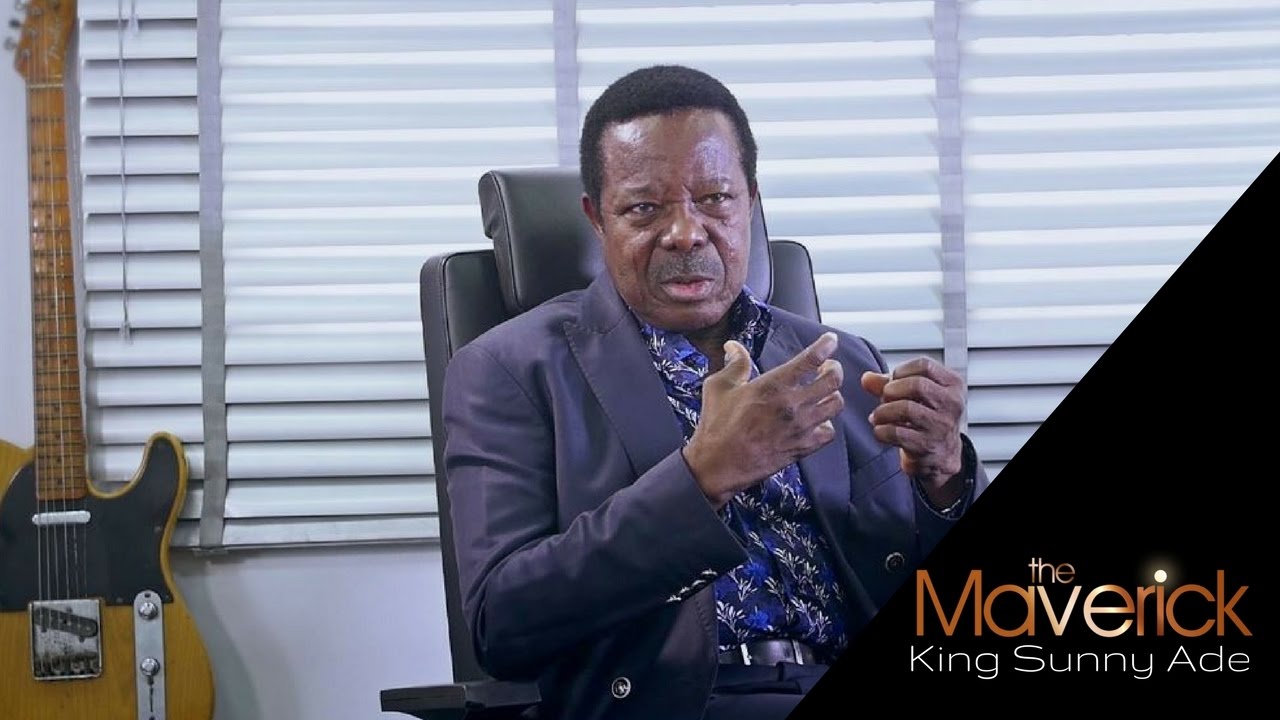 This King Sunny Ade youtube video reveals how his family finally forgave him after 40 years of choosing to do music.The man once known as the master guitarist, is one of the most successful, widely celebrated and well known African entertainers of all time. Sunny Ade, whose real name is Sunday Ishola Anthony Adeniyi Adegeye, has proven in over 5 decades of artistry that traditional Nigerian music, made in indigenous languages can gain global recognition and win hearts of fans from all over the world.

The multiple Grammy Awards nominee revealed in an interview on Accelerate TV’s The Maverick show, how being from a royal family in Ondo State nearly deterred him from becoming a professional musician. According to KSA, his family was not in support of the idea of becoming musicians, believing that princes and kings should be praised and not be beggarly ‘praise singers’, as musicians were known back in the days.

King Sunny Ade also told Accelerate TV how he had hoped to become an engineer and a doctor because he wanted to help people when he was younger. However, KSA, who would be performing alongside top international pop acts such as Beyonce, Kendrick Lamar, and others at the upcoming Coachella Music Festival in America this April, has gone on to become an undisputed legend in the Nigerian music industry.

Watch the interview below.