Is Burna Boy an African giant or angry?

Is Burna Boy an African giant or angry? 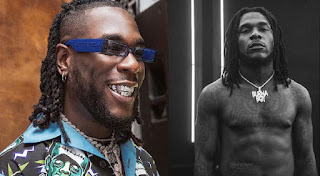 Burna Boy Reekado headlines of the past few days is another example of the Ye crooner's arrogance that some Nigerians don't subscribe to.

For some time now the African giant as he is popularly known, has been losing love from Nigerians,as many claim he is proud and
extremely rude.But is Burna's pride justified or not?

Burna Boy has been singing for close to 10 years if not more than but he only rose to the limelight in his home base Nigeria, two years ago.
Some of his oldest fans claim the African giant has every right to not give credit to Nigerians as they never helped him to where he was,he should have been an household name but for the likes of P-square, Wizkid, Davido and Tuface he was in the background as people had better options to listen to than the Afro-pop crooner. His fans claim if it wasn't his single heaven's gate with a British singer that pushed him into the limelight internationally Nigerians wouldn't recognise him and even till now they pit him against Wizkid and Davido.


Oluwaburna in an interview after getting nominated for the Grammy and losing to the legendary Angelie Kidjo said he had gotten to the position he was without the help of anybody, namely Nigerians as they never supported him, little wonder as many have come out to say they are happy he never won the award.
The latest in the saga is he now annoucing after the Reekado twitter beef,that he is leaving twitter cos Nigerians can't handle his truth.Nigerians are not convinced though,cos they said he said the same thing last year and still came back,lol.
Burna boy claim he is not proud but is he just another tyrant playing victim or is his anger justified?
Tags nigerian entertainment
Previous Post Next Post