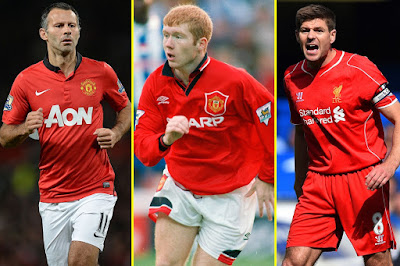 Curtis Woodhouse Twitter exploded when the ex football star baited Manchester United fans by saying their ex players,Paul Scholes and Ryan Giggs were not as good as proclaimed and Steven Gerrard was better than Scholes.


The Scholes,Gerrard and Lampard debate,has always been a strong one amongst English and England fans.Who was the better midfielder?It has been said that the reason England did not win anything with the golden generation was because the managers did not know how to use those three Manchester United,Liverpool and Chelsea midfielders.They were the best of their generation.

Now,judging by the way Woodhouse kept attacking and baiting the United fans,i would not be surprised if he was a Manchester City or Liverpool fan.

He really got the United fans going,hahahahaha.And there were all kinds of drama,Ryan Giggs younger brother Rhodri got involved and so did Paul Scholes's Son.
So who do you think was better?Do you agree with his points?Do stats tell the whole story?Can only a striker who score the most goals be the best player and can you only be the best midfielder or winger by the assists you make? 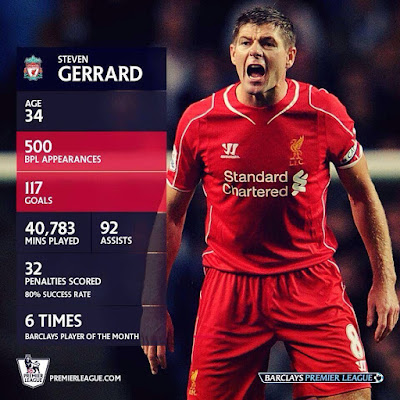 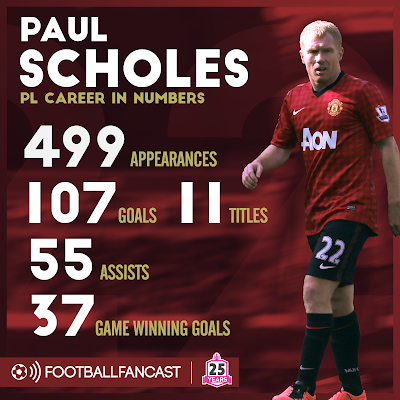 I find it hard that anyone would say Ryan Giggs was not a world class player,but then when you look at his stats just as Woodhouse said,you start thinking,hmmm,maybe he could have done better.But i watched Goggs play and never did i think he was not world class,so it's an interesting one.

With Gerrard and Scholes,i think Gerrard was more dynamic,he was a better tackler and broke up play more,and he also scored more goals than Scholes.
Gerrard scored 120 premeirship goals and 92 assists in 504 appearances,while Scholes scored 107 goals and 55 assists from 499 games.
Some will say more play went through Gerrard,while United had so many more better players,making them spread things around more.It's a hard one.
Enjoy the tweets below and tell us what you think in the comments section. 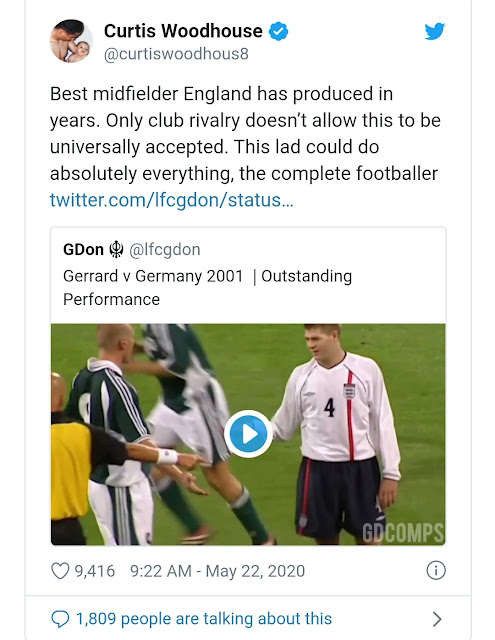 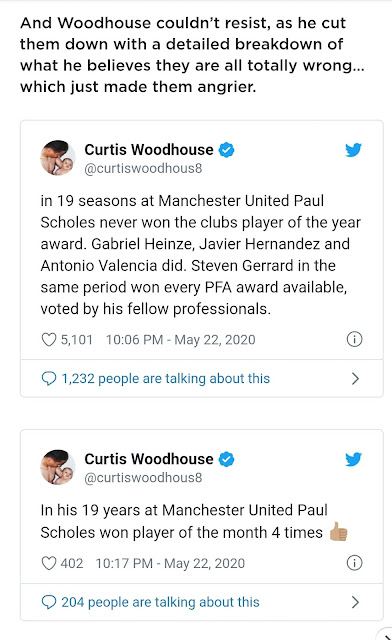 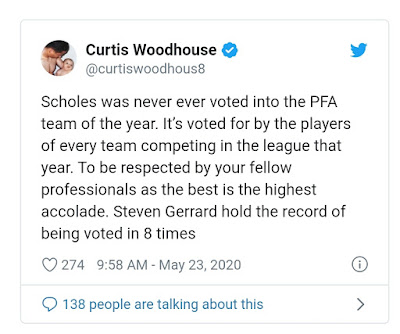 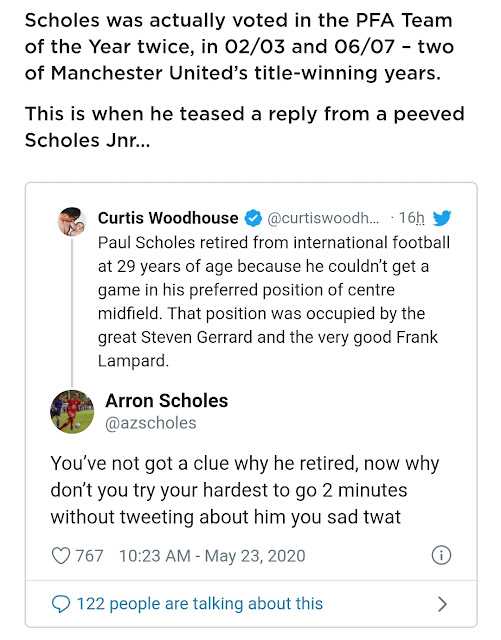 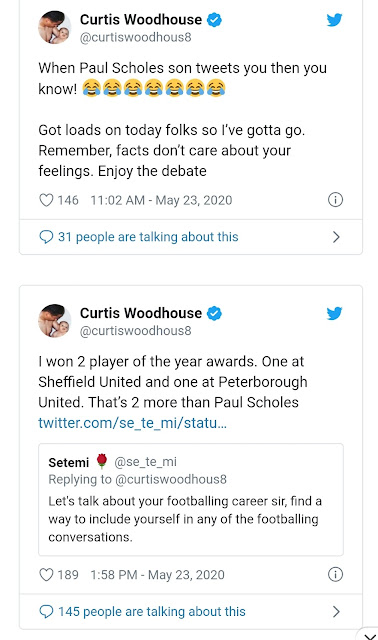 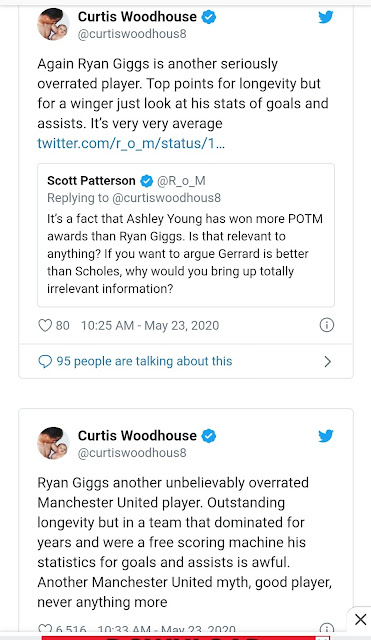 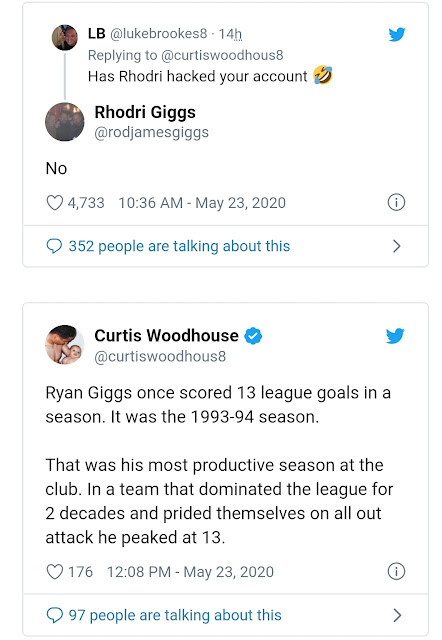 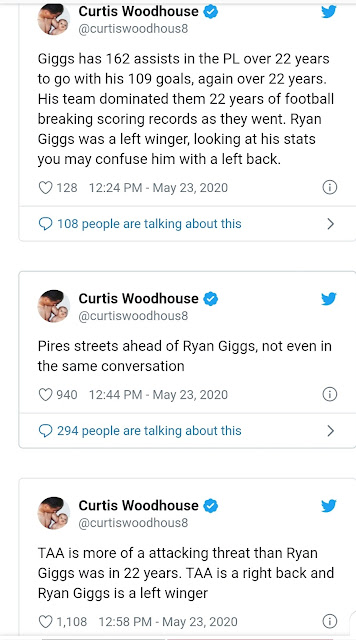 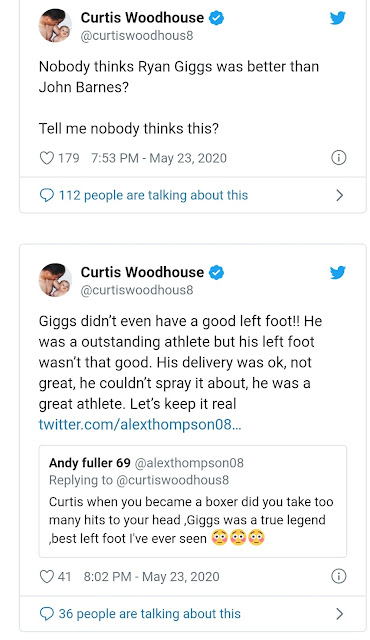 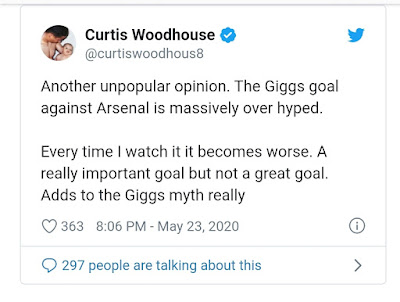