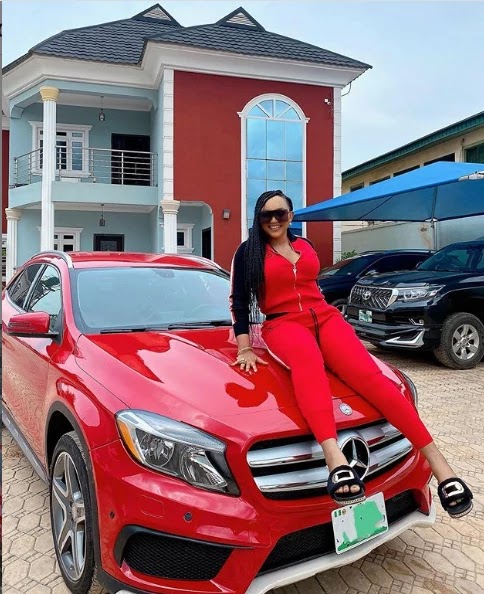 Mercy Aigbe car collection have a new member.The actress bought a Mercedes Benz to join the Benz Gang as she announced on her instagram page while posing in front of her house.
Mercy has come a long way since her early days in Nollywood.The predominantly Yoruba actress,is one of the most popular celebrities in Nigeria and has a following of millions.
She is also a fashion icon and an influencer too.Her daughter has continued the legacy by joining her mother.She is not acting,but already has her own fashion line and a Youtube
page with thousands of followers.

Aigbe was in the news in the past for her turbulent marriage to Lanre Gentry,they have since separated amidst tales of domestic violence and infidelity.
She was also trending for the wrong reasons when she bought a fabulous house.The gossip pages claimed it was then governor of Lagos state who bought the house for her.A revelation she vehemently denied.She said nobody was there to see her when she was suffering,working day and night,and now that she has glory and things to show for it,they are spreading false stories.Hmmmm,interesting,
Anyway,welcome to the Benz gang.
Where are my car keys? 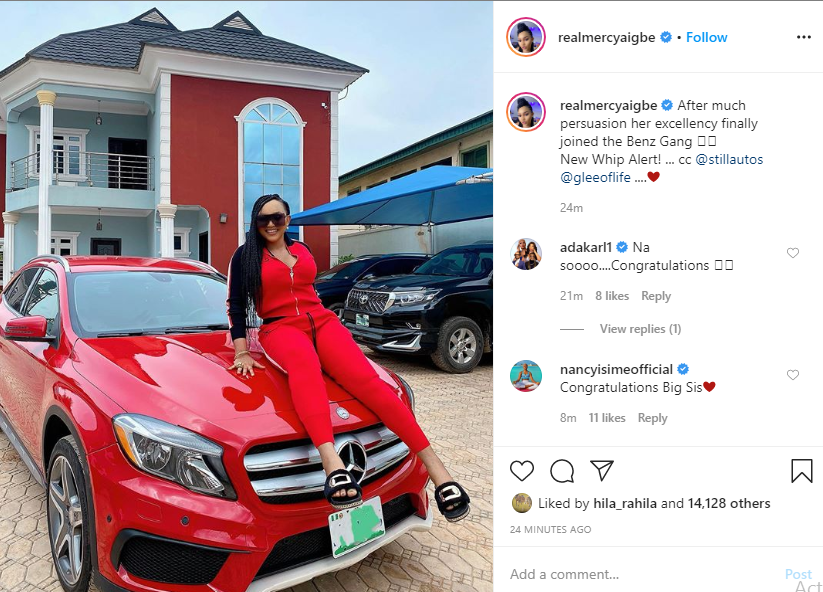