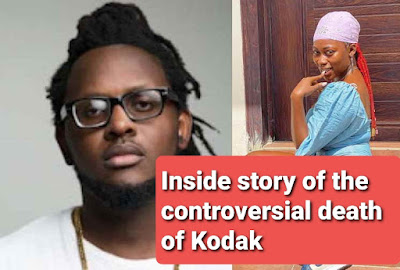 The death of video vixen dancer Kodak Black also known as Love divine from electrocution at the house of director Clarence Peter's house has resulted in a stand off with Nigerian police.They are threatening to charge Sir Shina Peter's son with murder!

(*There has been an update since this story,with the accused giving his rendition of the story..i have included this.)

Now i find this whole thing absurd and i will explain why.Let me first start by saying,this is very personal to me cos i had the pleasure of working with Kodak a few months before her death,I still haven't recovered from the news.
Now on to the next chapter,how can the police authorise a statement that Clarence will probably be charged for murder?How can someone be electrocuted and then you say that is murder?I mean,i am
not a police officer ,but even i know that this is ridiculous.At the very most,he will be charged for negligence resulting in a loss of life or manslaughter.And even at that,this would only be after it has been ascertained that he was at fault.Just because somebody dies in your house does not mean you have to be responsible for it
It is only in Nigeria that i know of cases where they would arrest everybody in a building and lock them up for days or weeks before autopsy or a proper investigation.And if they have no influential person to bail them or have a deep pocket,then God help them.
Below is what the Nigerian police released-


“It is a full investigation. We are probably looking at murder. We are not concluding at this stage. If she died of electrocution according to reports, it is left for us to find out. Was she actually electrocuted? What went wrong? An autopsy will also show”, Bala said.
He also revealed that Clarence was being held in their custody with others.Now the next revelation will shock you.
Peter's girlfriend of 14 years,Jennifer Aledieuno,gave their version of what happened.She has accused the Nigerian police of corruption and i see exactly where she is going and frankly,this is very sad,but not new or surprising to anyone.
She revealed that Clarence was invited for questioning and was not arrested,he had gone to the police station himself.This is what she said in her own words- 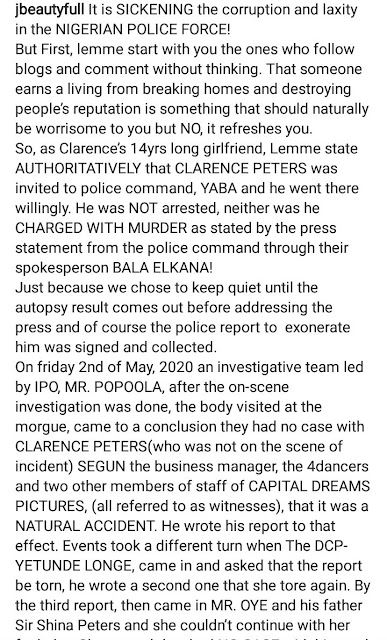 Now,i would leave you to make up your own mind and judge why the DCP had asked for the report to be continually torn.Clarence's girlfriend went on further that,when DCP Yetunde Longe was asked why she was still holding the video director after the investigations had exonerated him,she replied- 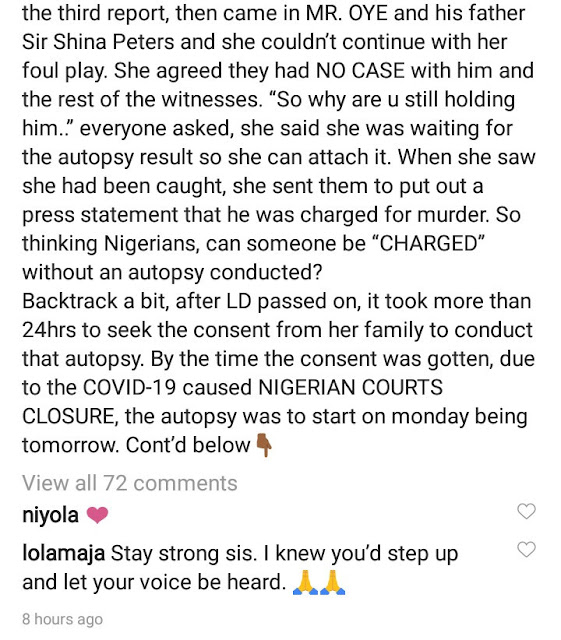 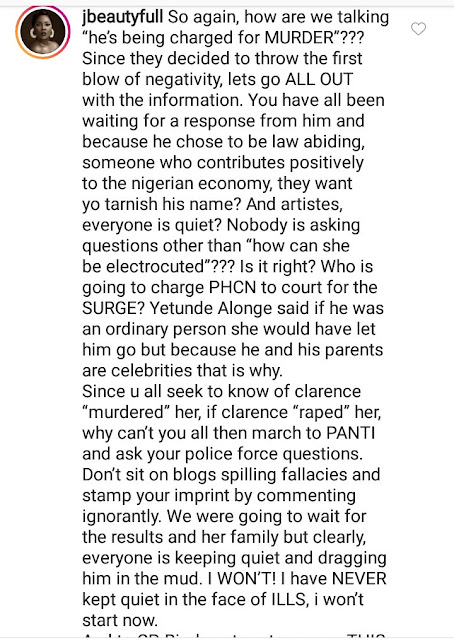 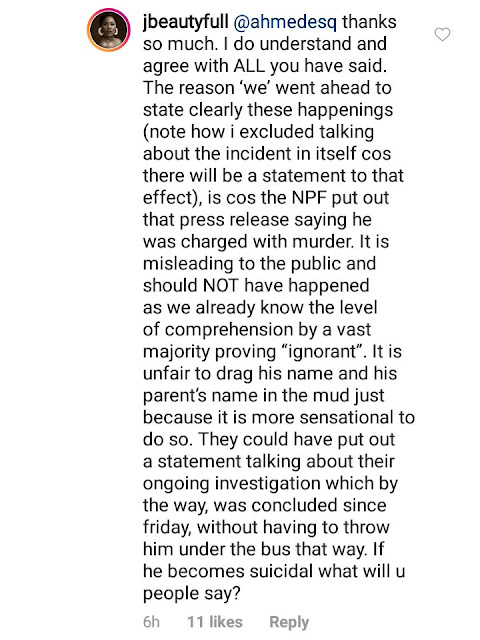 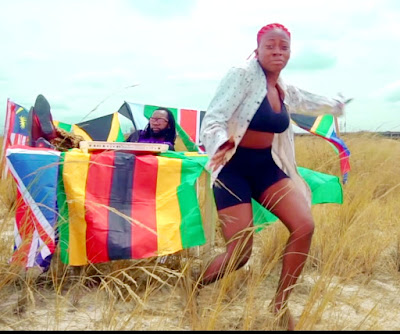 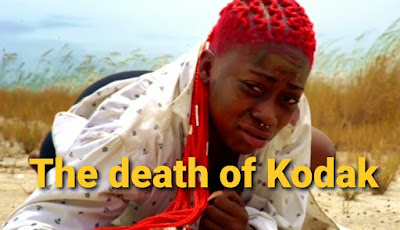 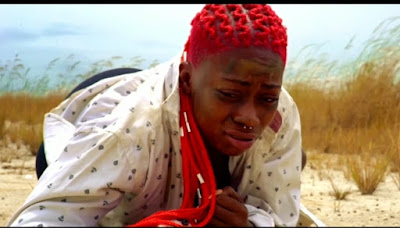 Now this is my conclusion,Clarence is the biggest music video director in Africa.He is No 1 and charges millions and millions for his work.The police are not fools,as soon as they knew who was involved,they spotted the chance to make some money.Even a blind man can tell and see that what they are trying to do here is extort money from the man.It is a scare tactic,i can see them now saying things like this to him..."Ermm Mr Peters,this case is not easy o,you know the girl Kodak died in your house o,this is murder,you have to help your self,it is very serious sir"
Frankly ,i am disgusted with the Nigerian police,this things have continuously happened and its a bloody disgrace,but who do you report to?Who do you hold accountable?When the whole system is  corrupt and there is no accountability.
I know how this will end,the director will eventually part with some money,it's either that or he is held in custody for months to frustrate him.Who wants that?It is sad,but the reality of fact in Nigeria. 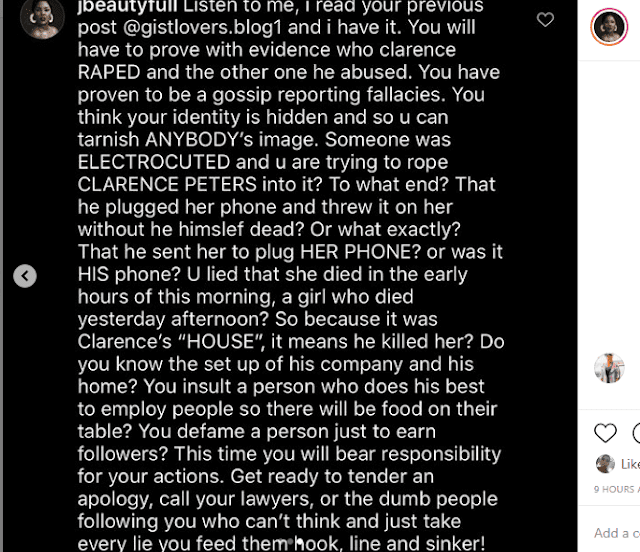 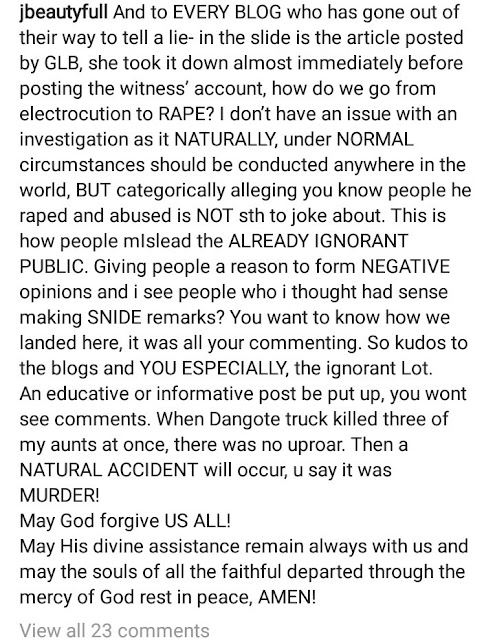 Below is the UPDATE RESPONSE OF C. PETER'S 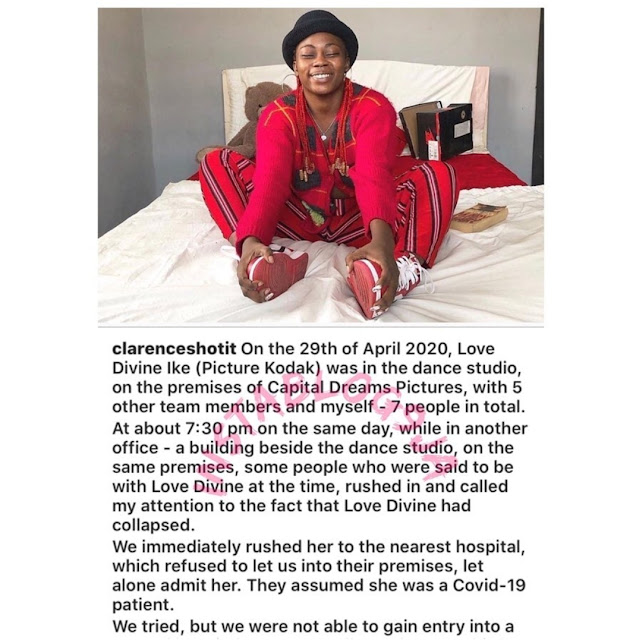 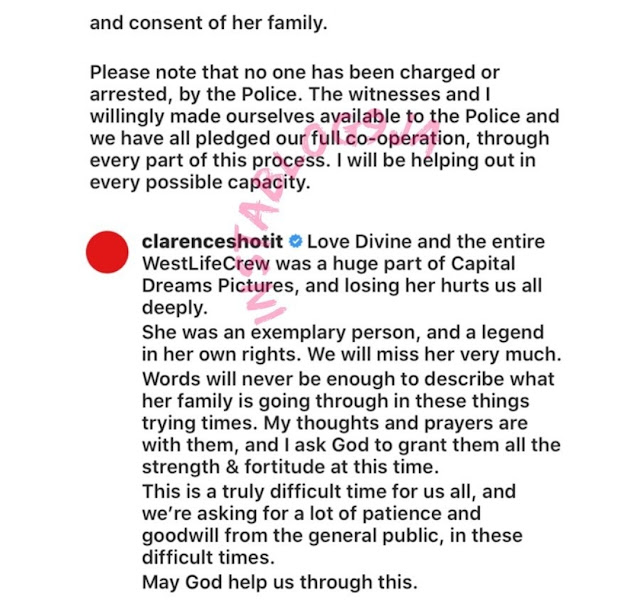 RIP Kodak.
Below is Kodak in her prime doing what she does best.