Why Roy Keane never made it as manager

Why Roy Keane never made it as manager 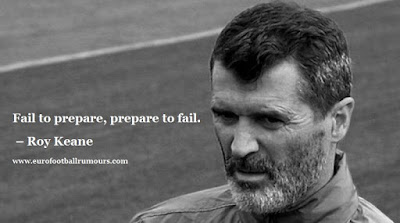 Roy Keane manager and quotes:You wonder why Keane the ex Manchester and Ireland legend never made it as a manager despite his talent and influence.It simply comes down to one word,the same word that probably helped him become one of the best midfielders ever,compromise.

As a player,he was never compromising,it was only one way,you had to give 1 million percent and if you have to kill to get there,then he would have gladly gone to sporting jail.
But management is different,there can't be the same rule for everybody.You are dealing with different
individuals,you have to see what makes everyone tick.There is no default setting here.

I'm gonna give you a perfect example.Keane was the manager of Sunderland and wanted to sign Robbie Savage who at that time was playing for Blackburn Rovers under Mark Hughes.But he was out of the team.
So Roy gives So Roy gives Hughes a call,who tells him yea,Savage has lost his way a bit,but could still do a job for Roy.So Keane calls Savage up and gets his voicemail,on the voice mail he gets a message from Savage which says ‘Hi it’s Robbie – whazzup!’ like the Budweiser ad.
Now,what the hell is wrong with this? How in the world does this tell anyone that this guy was gonna be a terrible footballer cos he says WHazzup ON HIS VOICEMAIL?
But Keane is not everyone,he took offence to the voicemail,hear him and i quote:“I never called him back. I thought: ‘I can’t be f***ing signing that’.”

Now,that is the most ridiculous thing i have heard ever as a reason for not signing a player,who could have turned out influential for you,and that in a nutshell is why Roy Keane would never be a successful manager despite all his talent,knowledge of the game and hero worship. 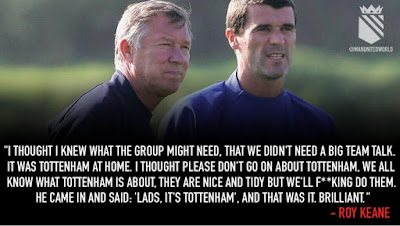 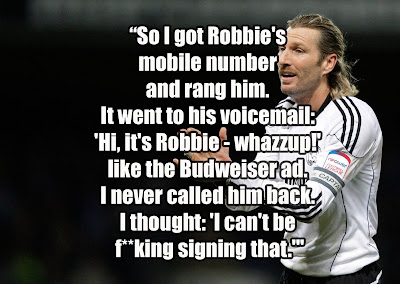