Does Chris Packham have a daughter:first wife and partner

Does Chris Packham have a daughter:first wife and partner 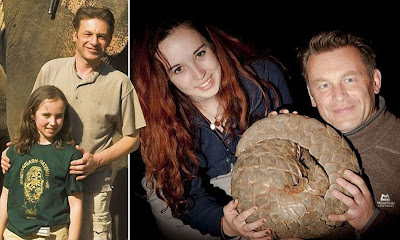 Does Chris Packham have a daughter?Who is his first wife?The Star of the Springwatch,actually has a step daughter named Megan Mccubin.She is 25 years old and the daughter of his first partner.

Chris has been her dad since she was 2 years old,which was when he started a relationship with her mother.She was never his wife but his girlfriend.

The 59-year-old naturalist stars alongside Megan McCubbin, 25, on the new series of 'Springwatch', but Chris admits he never imagined his stepdaughter would follow in his footsteps.
Introducing Megan to the 'This Morning' audience, Chris shared: "A new partner from 'Springwatch', but a partner for some time ... well, I say a partner, this is Megan, my step-daughter, who I met when she was two years old. 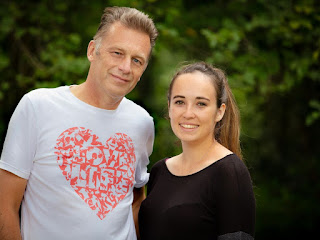 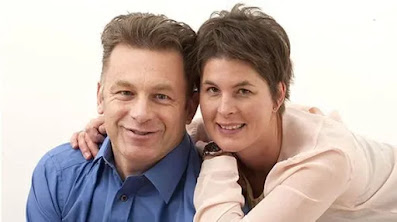 "I was never my intention that she would go into the wildlife business. Her mother had her down as a ballet dancer. I - if I had any aspirations - had her down as an artist, I used to take her to see lots of Damien Hirst and all those sorts of things.
"But it didn't stick. It was wildlife that drew her in!"
Maybe one of the reasons Chris has never gotten married is because of his autism.He did not tell current partner about his condition.He also said he spends a lot of time with animals because he gets on better with them than humans.
He says: “Because of Asperger's, I form closer bonds with animals. My relationship with them is easier, deeper. It’s not as fraught with problems of interpretation, trust, misunderstandings and disappointment as relationships with humans.”
Chris has been with his partner Charlotte Corney for over a decade but the couple live separately.
In an unearthed interview, Charlotte expressed the couple’s desire to take steps to start living together after he hid his Asperger’s diagnosis from her for five years.
Back in 2018, she told Radio Times: “It was about five years before he told me he has autism, and that was only because I asked.
“He hadn’t told me because he thought he had the techniques to hide it.”
Charlotte continued: “We are working towards living together. I am more physically affectionate to him than he is to me, but it’s fine.
“Sometimes I think it would be great to be with someone more normal — he can seem so alien as to be extraterrestrial — but I know I couldn’t live with that.”
She added: “Chris’s outlook on life is so rich, and he’s agonisingly funny. He makes me laugh like nobody else. I know I will never be bored.”
Tags celebrity Entertainment
Previous Post Next Post