Harry Redknapp to manage Nigeria super eagles at 77 is ridiculous!

Harry Redknapp to manage Nigeria super eagles at 77 is ridiculous! 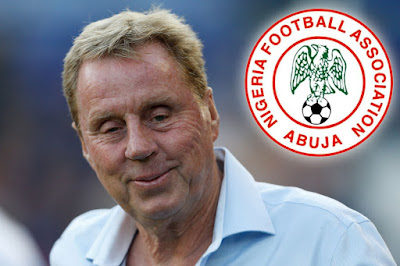 Harry Redknapp to manage Nigeria Super Eagles?I hope this is nothing but a terrible rumour.The 77 year old has been linked as the next coach of the Nigeria national team
Why would this even be a rumour?It is the most terrible kind of talk that should be brandished around.What do we want to do with a 77 year old coach in today's football world?How is he supposed to have continuity?How is he gonna build a team at that age?
He would be there for 2 years,then another coach will come and start all over again?Ridiculous!

A source from the Federal Ministry of Youth and Sports told the UK Star : “The feeling is Harry Redknapp will be coming to manage Nigeria soon.’’ 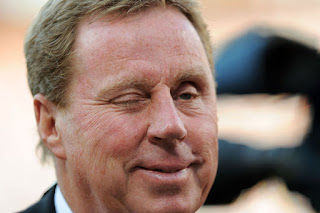 This comes days after Rohr confirmed that he had been offered a new contract to remain the head coach of the Super Eagles for the next two years and a half. Although, the NFF haven't confirmed or deny the new deal.

In a statement to The Cable, the German football manager, 66,  said: “Yes, I can confirm that we found an agreement with NFF to continue our collaboration for two and half years.”

“I want to say thank you to the Nigeria Football Federation, led by President Amaju Pinnick, the board and of course the General Secretary for their confidence in me to continue in this job.

“It is not common to have a country with the same national coach for what will be six years and this will be made possible because of the support of the federation, the government of Nigeria and our team.

“We have a big project in front of us. We have the quality and with the continued cooperation of everyone concerned, including the fans and good people of Nigeria, I believe we will have a good result that will spell great development for football in Nigeria in the future.”
Rohr, who has been in charge of the Super Eagles since 2016, qualified the team for the 2018 World Cup in Russia and also led the three-time African champions to finish third at Africa Cup of Nations in 2019 in Egypt, where they won their eighth bronze medal.
Tags Entertainment football super eagles
Previous Post Next Post