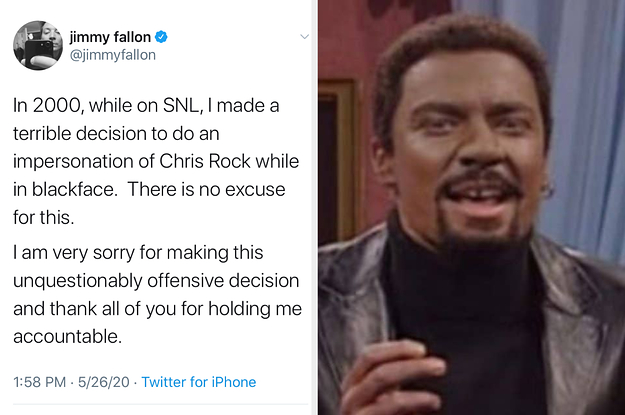 A Jimmy Fallon Chris Rock blackface impression, Saturday Night Live sketch two decades ago, has come back to haunt him  after the video went viral on social media resulting in a storm of protest.

In the sketch, broadcast in 2000, Fallon, who now hosts The Tonight Show, was impersonating the black comedian Rock and wearing heavy makeup.

Fallon said in a statement on Twitter: “In 2000, while on SNL, I made a terrible decision to do an impersonation of Chris Rock while in blackface. There is no excuse for this. I am very sorry for making this unquestionably offensive decision and thank all of you for holding me accountable.”

The clip was posted by a Twitter user on Monday night and it quickly went viral, seeing the hashtag #JimmyFallonisoverparty start to trend.

Virginia’s governor, Ralph Northam, defied calls to step down last year after a picture resurfaced from his medical school yearbook page that showed a person in blackface standing next to a person in a Ku Klux Klan costume. Northam did not specify which of the pair he was, though he apologized, then later claimed he was not in the photograph, a point that was not subsequently fully clarified.

The Canadian prime minister, Justin Trudeau, also sparked uproar last year and was obliged to apologize during his re-election campaign after old pictures of him in blackface at a party surfaced.

Here are some reactions below to the Jimmy Fallon black face controversy. 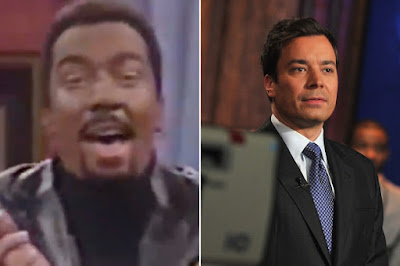 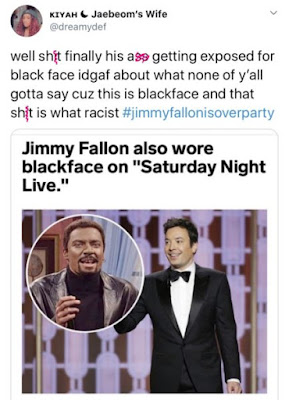 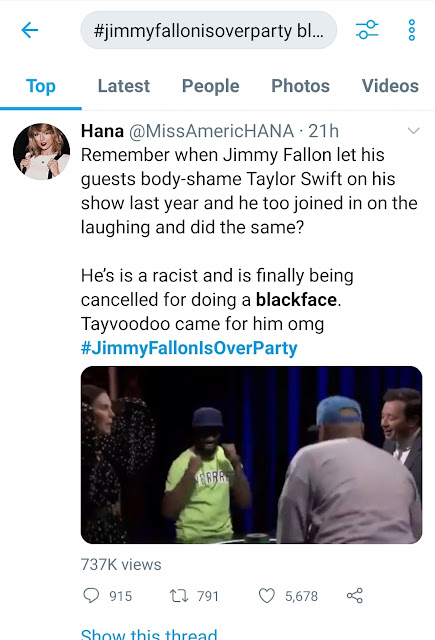 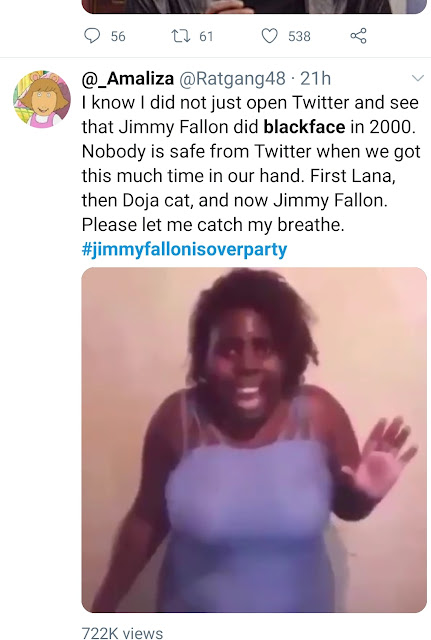 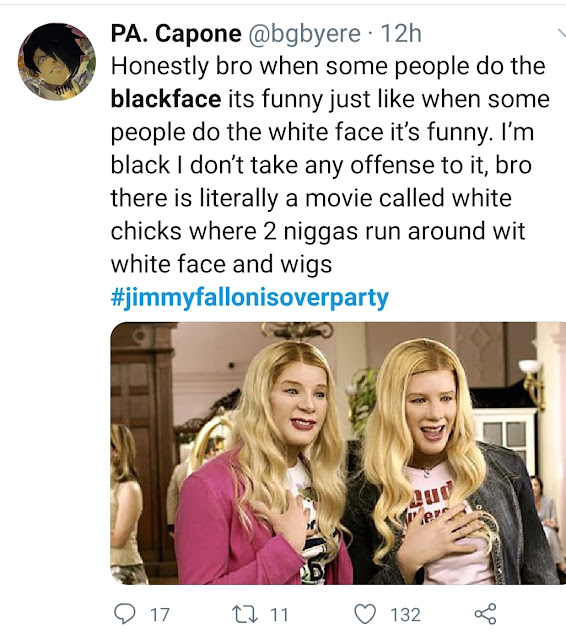