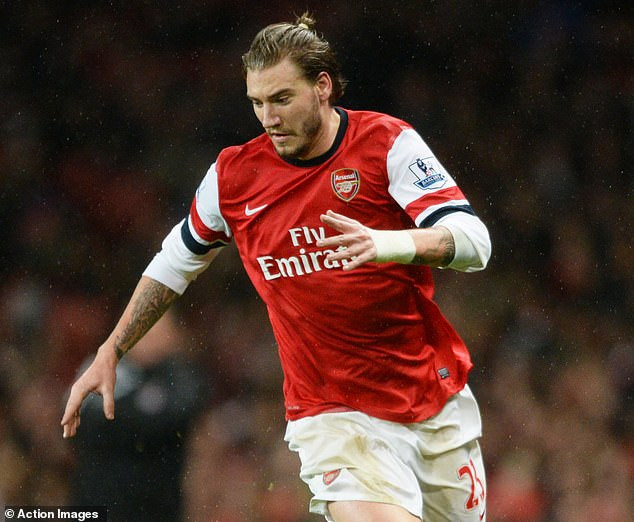 Nicklas Bendtner the ex Arsenal football club player,has revealed how he lost millions gambling while playing in the English premier league.
He joins the list of many footballers who have gone down this route losing millions.He was also famously involved in an incident when he showed his underpants which was sponsored by betting firm Paddy Powers during a Euro 2012 game playing for his country.He was as a result fined £80,000.
Bendtner who also played for Denmark, emerged from Arsenal's academy 15 years ago and despite the controversies that surrounded his career he still managed 81 appearances for Denmark, scoring an impressive 30 times and represented his country at Euro 2012 and the
World Cup in 2010.

He told viewers that he blew large portions of his wages on poker as a 19-year-old boy but has learnt from his mistakes. Speaking on his Danish reality television show alongside his model girlfriend, Philine Roepstorff, Bendtner revealed his betting and gambling habits and how he now bets smaller amounts.

"It's hard to say how much it was in reality, but I'd estimate that it was almost 50 million Korona (around £5.4m). It was something that I was always in control of and I simply betted big sums of money.
'Sometimes in London, things would get out of control on a night and things could really have ended badly
'Now I place smaller bets of 100 Korona (around £12).' 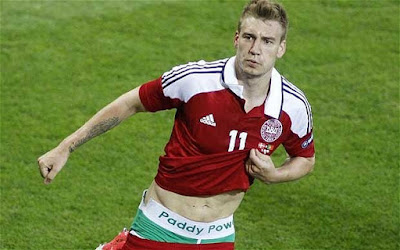 He obviously ahsn't learnt his lessons,because after you have lost over 5 million pounds on betting,why would you be betting at all again?It's like an alcoholic saying ,i only drink 2 bottles now instead of the 30 i used to drink.Sooner or later,he will get back to the 30.
I hope for Bendtner's sake,he gets through this and gives up totally,he obviously has a problem,and these things don't end well.
Tags Entertainment football Sports
Previous Post Next Post