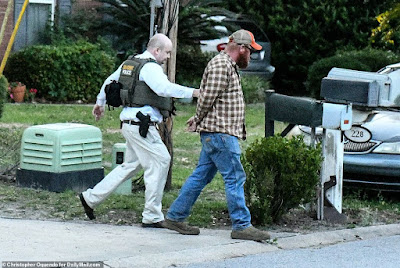 The two white men,Gregory McMichael, 64, and his son Travis McMichael, 34, involved in the killing of black jogger Ahmaud Arbery,have been arrested at their home in Brunswick, Georgia,after a wide outcry.
Heavily-armed officers with the Georgia Bureau of Investigation arrived at the home of the ex-cop and his son, at around 7.50 pm and led them out in handcuffs.
They were booked into Glynn County Jail on charges of murder and aggravated assault.
Their arrest comes days after a graphic video of Arbery's final moments was shared online this week, prompting a national outcry from people who called for the suspects to be arrested and charged. 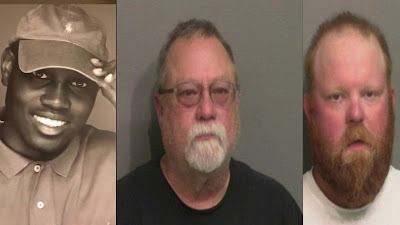 In the video, Arbery was seen jogging in a white neighborhood when he was stopped by McMichael and his father in a white pickup truck. McMichael was armed with a shotgun. Arbery ran around the truck trying to avoid a confrontation before he and McMichael started struggling.
After at least two shots, the men continued struggling over the gun, until Arbery stumbled away, and then collapsed to the ground. He was later pronounced dead. 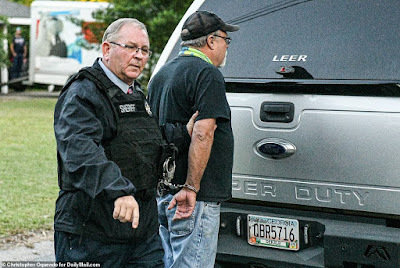 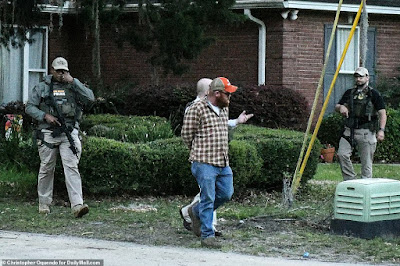 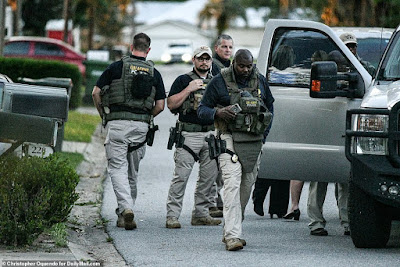 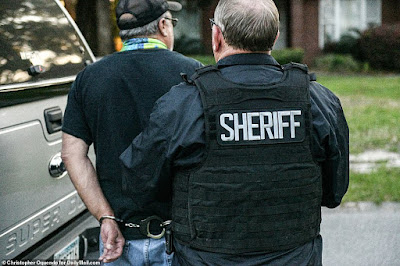