Video of Kano Emir burial with thousands is fake,says aide

Video of Kano Emir burial with thousands is fake,says aide

Emir of Kano burial:A video has been trending online,indicating it is of the Emir of Kano burial,the video has hundreds,maybe thousands present,all clamouring to touch or get close to the corpse.
But President Buhari's media aide, Bashir Ahmad has countered the viral video.
Bashir Ahmad who is an indigene of Kano State, countered the claim by stating that the late
monarch of one of the newly created Emirates in the state was buried inside his Palace few hours after he died.

The Presidential aide further disclosed that a Rano Emirate official also told him that the burial ceremony was attended by less than 20 people. 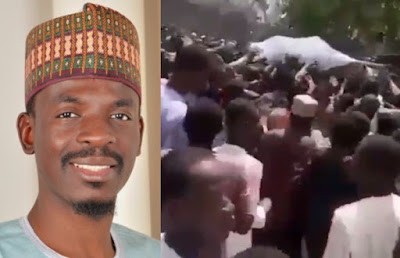 The remains of late Emir of Rano buried inside his Palace approximately an hour ago, with less than 20 people attended the burial, but a fake video of thousands people has been trending throughout the day, purported to be his burial, it was not, Rano Emirate official told me.