Why Kwame Kilpatrick is being released early from prison

Why Kwame Kilpatrick is being released early from prison 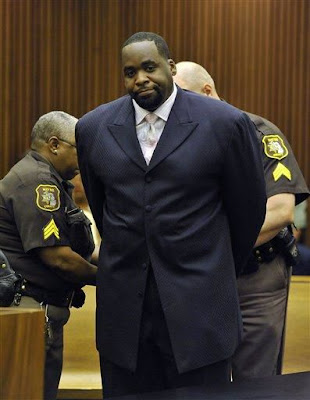 Ex Detroit mayor, Kwame Kilpatrick early release from prison and what he was jailed for,are the subject and question amongst Americans today.

Kwame has been appealing unsuccessfully for the last 7 years for his freedom,but thanks to covid 19,he will be getting his wish very soon.He will be freed from federal prison soon due to a COVID-19 outbreak at his prison, according to his former brother-
in-law,Daniel Ferguson III, and a non-profit fighting for his release.

Ferguson III, was married to Kilpatrick's sister Ayanna, said his ex-wife confirmed to him that the disgraced former mayor would be freed from Oakdale, a low-security federal prison in Louisiana that was a hotbed for COVID-19. 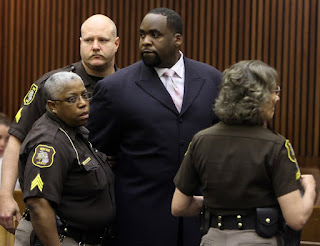 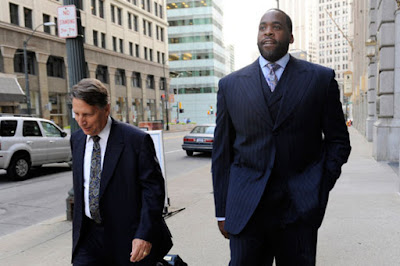 What was Kwame Kilpatrick jailed for?He was convicted on 24 of 30 counts, including five counts of extortion, racketeering, bribery and several mail, wire and tax fraud charges.

Ferguson said he also received an e-mail circulated among Kilpatrick supporters in which the former mayor wrote: "I am well, it's on ... See you all soon ... LOL Lord have mercy. LOL"(sic)

Is Kwame Kilpatrick still married?No he is not.He got divorced from his wife as a result of the affair he had.In a post on his official Facebook page,Kilpatrick referenced his affair with his ex-chief of staff Christine Beatty,he wrote that his marriage fell apart in 2008 when text messages revealed that he had cheated on his wife Carlita.
"Honestly, I lost my marriage on January 24, 2008. Certainly it languished and limped along for 10-years before the divorce was final ... but the marriage was over that day," Kilpatrick wrote in his post on the page, called The Freedom and Justice Trust.